The first 10 buses from the extraordinary order of 741 Yutong zero-emission buses have arrived in Qatar. The buses will be provided with charging infrastructure from Swiss-Swedish company ABB.

All public transport in Qatar is to be converted to all-electric operation by 2030. The gradual switchover includes public bus routes, state school buses and local Metro transport system buses in the capital Doha.

Qatar aims to produce and export e-buses via Yutong

A total of 1,500 electric buses are to be produced in Qatar within seven years from the end of 2022. These will also be exported to the Middle East, Europe, South America and Africa.

The Chinese manufacturer Yutong has received a record order for 1,002 buses, 741 of which are electric. The order comes from Mowasalat, the public transport company in Qatar. The buses are planned to help with the crowds at World Cup held on the Arabian Peninsula in 2022. 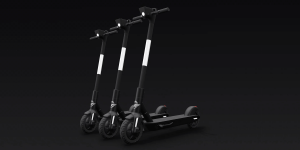 No Bird in Bahrain

Bird has discontinued its electric scooter sharing services in Bahrain, the United Arab Emirates and Qatar. While Bird itself describes this as a “business interruption”, rumour has it that they have been sold off again.

VW and the Qatar Investment Authority (QIA) plan to set up a fleet of autonomous buses for the 2022 FIFA World Cup in Doha. Most interestingly, the ‘Project Qatar Mobility’ includes 35 electric vans, the long-expected ID. Buzz, all self-driving.

In Qatar, an ambitious project was recently presented, in which the nation plans to set up a factory for electrified vehicles in the Gulf nation. The factory is planned to be in operation by the time the world cup kicks off in 2022.

BMW to boost EV sharing in Hamburg as the carmaker teams up with the Hanseatic city. Together they seek to release 400 electric cars and 150 plug-in hybrids through the DriveNow partnership with Sixt. The electrified fleet is to be complete by 2019 but 130 BMW i3 are scheduled to join 70 existing ones on Hamburg’s roads within this year. The city’s part is to successively install 1,150 charge points until 2019 as well as to reserve parking spots. This EV sharing will be integrated into public transport.
automotiveworld.com

Another town just reached a deal as San Francisco agrees to electrify its municipal fleet. 300 electric cars and another 100 hybrids will replace 400 existing fleet cars until the end of 2022. It is about half of the fleet with the remaining cars parking in leased spots without the option to install chargers.
sfexaminer.com

Request For Information: ConEdison has earmerked 25m dollars for project partners that will help EV adoption through infrastructure in New York City. The utility just issued an RFI and calls for strategies that may become funded demo projects. Con Edison wants to place at least 100 EV charging stations on the streets of NYC and 500 chargers in clients’ homes for testing.
coned.com

One out of 10: Qatar has agreed on its Green Car Initiative that seeks to grow the share of electric or hybrid vehicles to four percent by 2022. By 2030 however, every 1 in 10 cars cruising around the Arabian Peninsula shall be electrified and the government wants to erect the supporting infrastructure.
dohanews.co

Electric bike-sharing in Qatar: Students and staff at the Qatar Foundation in Education City will have access to the pedelecs, providing them transportation around campus. Initially, 60 units will be placed at 19 stations. Before beginning to pedal, the user must pass a cycling test.
gulf-times.com

Orange EV gets stamp of approval: The company’s T-series electric terminal truck has qualified for the Drive Clean Chicago programme with cash subsidies ranging from 45,000 to 75,000 dollars. Orange EV strips diesel trucks of its core and electrifies them. According to the manufacturer, the e-trucks can haul the same load as its diesel-run cousins, while saving 90% in fuel costs.
chargedevs.com

No more Tesla taxi in Copenhagen: Although Drivers and customers loved the smooth ride, the Model S was not able to compete with the normal taxis in terms of costs and reliability, according to Carsten Aastrup director of 4×48 TaxiNord. The Tesla will have to leave the taxi fleet after only one year of operation.
politiken.dk (in Danish)

Lorry levies in the UK had been introduced in April this year. The new regulation wants foreign lorries to pay levies when using UK roads. These amounted to 17 million pounds (28.4m dollars) in the first four months. The money raised is the equivalent of funding to operate 140,000 street lights for a year. Or it would be enough to pay the incentives for some 3,400 new electric vehicles, says FleetNews.
fleetnews.co.uk