Volkswagen is doing too little to promote sales of electric cars, says Greenpeace. The organisation just published a paper following probing conversations it had at 50 dealerships in Germany during a mystery shopping spree. 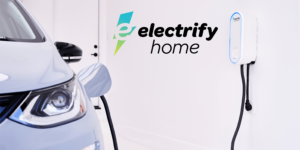 Exactly 25,601 i-series BMW have been sold since the beginning of the year. The all-electric BMW i3 accounts for 21,052 units sold, while the keys of a total of 4,549 BMW i8 were handed over.
press.bmwgroup.com

171,145 new energy vehicles were sold in China in the first ten months of this year according to the China Association of Automobile Manufactures (CAAM). This amounts to 290 percent growth YOY and makes the People’s Republic a likely successor to the U.S. as the world’s largest PEV market.
news.xinhuanet.com

Toyota has handed over the keys to its 1,000,000th hybrid car in Europe. When the lucky German customer came to pick up his Auris Hybrid, the carmaker offered his wife a second Auris Hybrid for one year free of charge. Worldwide, Toyota and Lexus have even sold eight million hybrids already.
greencarcongress.com, carscoops.com

Some 334,500 electric vehicles were sold worldwide from January to September of this year. The Center of Automotive Management (CAM) just published these figures, also showing that with 99,748 sales, China steels the crown form the U.S., where 91,425 EVs rolled off the lots.
wirtschaftsblatt.at (in German), auto-institut.de (CAM graphic with figures)

Tesla sold 1,345 electric cars in China in the third quarter of 2015, almost double as much as in Q1 (797) and Q2 (883) this year. Still, demand is below expectation as the Californians hoped for a way bigger share of the fortune cookie.
bloomberg.com

More than 70,000 EVs have been sold in the EU in 2014. That is an almost 100-fold increase compared to 760 units sold back in 2010, according to a new report from the EU’s Joint Research Center (JRC). In the same period, the number of models to choose from grew from 3 to nearly 30.
greencarcongress.com, jrc.ec.europa.eu (report as pdf)

Impressive 10,600 Model S were sold by Tesla these past nine months in Western Europe, according to Automotive Industry Data (AID). What is good news for the Californians surely is frightening for other luxury carmakers. Audi sold “only” 4,700 A8 while the BMW 7 found 2,650 buyers.
forbes.com

PEV sales in the UK.

A total of 20,992 EVs and PHEV were sold in Great Britain between January and September this year, according to Go Ultra Low. That is a plus of 138,5 percent compared to the same period last year with plug-in hybrids (14,041) growing even stronger by 226,5 percent.
electriccarsreport.com

BMW delivered 3,361 i3 worldwide this September, that is an increase of 86.9 percent. Since the beginning of this year, 20,576 customers opted for either the BMW i3 or the hybrid i8, almost twice as many as over the same period last year (+95.1%).
press.bmwgroup.com

China added 28,092 all-electric cars and plug-in hybrids to its roads this September. Sales thus saw a 220-percent surge compared to the same month in 2014.
shanghaidaily.com

With 3,534 BYD Qin sold in August, the Chinese plug-in took the top spot on the “ev-sales” top ten list for the world’s best-selling PEVs. It thus outshone the Nissan Leaf (3,269) as well as the Tesla Model S (2,805).
ev-sales.blogspot.de

Japanese bought 6,918 Mitsubishi Outlander PHEV and 6,768 Nissan Leaf in the first eight months of this year. Sales of both models slowed down with Mitsubishi losing four percent YOY and Nissan falling by 26% compared to the same period last year. The trend might reverse with the arrival of the 2016 Leaf.
insideevs.com

With 1,549 electric cars sold in the UK in September (+28.2%) and another 2,363 plug-in hybrids (+25,6%) the upward trend for electrification continues compared to the same month of the previous year. Another 7,605 unplugged hybrids also found their way into English homes.
smmt.co.uk

Nearly 5,000 Renault Zoe have been sold this year in France already, meaning the carmaker profited most from the scrappage scheme for diesel cars. French government bodies as well as the countries postal service are also fans of Renault’s EV.
wiwo.de (in German), tf1.fr (in French)

With 3,384 plug-in vehicles sold in June, France has reached a new all-time high. The total number consists of 2,786 BEVs and 598 PHEVs. Top-seller was (of course) the Renault Zoe.
insideevs.com

A total of 10,856 plug-in vehicles were sold in China in May of this year, says China Passenger Car Association (CPCA). That is a 192 percent increase compared to May 2014! Specifically, this May some 6,540 battery-electric cars and 4,316 plug-in hybrids rolled off the lots.
insideevs.com, chinaautoweb.com

The Renault-Nissan Alliance has now sold its 250,000th electric car – a white Renault Zoe. Since its launch some four and a half years ago, the Nissan Leaf remains the best-selling car worldwide with some 180,000 units having already rolled off the dealerships’ lots.
electriccarsreport.com, autovolt-magazine.com

A total of 26,808 all-electric cars and 24,578 plug-in-hybrids were sold in Western Europe in the first four months of 2015, Automotive Industry Data reports. According to AID, plug-in-hybrids are catching up fast with Mitsubishi’s Outlander PHEV spawning an almost entirely new sub-sector.
eagleaid.com via insideevs.com

Nissan Leaf and Chevy Volt sales in the U.S.

Nissan sold roughly 66,000 EVs last year, an increase of 27% compared to 2013. Electric vehicles thus took a market share of 1.24% of all vehicles sold by Nissan. The Nissan Leaf has found more than 172,000 buyers so far.
insideevs.com

Research tip: By 2024, as much as 1.1 million light duty plug-ins could be sold annually in North America, Navigant predicts. A lot more than the 133,000 in 2014, although the States are already the biggest market.
navigantresearch.com via greencarcongress.com

Video tip: The Berlin ePrix saw the demonstration of the ‘Grimsel’, built by students of ETH Zürich and Lucerne University of Applied Sciences and Arts. The electric racer holds the Guiness record for EV acceleration as it goes from 0 to 100 kph in just 1,785 seconds.
electricautosport.com

PEV sales in the U.S.

A total of 324,000 plug-in cars have been leased or bought in the United States since Chevrolet and Nissan entered the marketplace in December 2010. The Leaf exceeds Chevy’s electric car slightly, and Tesla came in third. Overall, the market is growing constantly.
insideevs.com

Exactly 24,630 electric cars and plug-in hybrids were newly registered in Europe in the first quarter, says the European Association of Automobile Manufacturers (ACEA). That is a 117.9 percent increase compared to the same period last year. Registrations of Plug-less hybrids increased by 21.4 percent.
chargedevs.com, acea.be