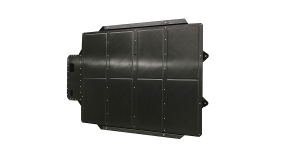 The German manufacturer SGL Carbon and the Chinese electric car manufacturer Nio have developed a prototype of a battery housing made of carbon fiber reinforced plastic (CFRP) for electric vehicles. It is around 40% lighter than comparable aluminum housings. 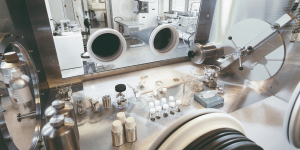 SGL Carbon steels itself for surging demand for EV batteries. The supplier says it “significantly increased” production capacities for synthetic graphite anode material and will conclude the expansion in 2019, while also investing in their battery lab.

Build Your Dreams in Europe: BYD plans to set up production in Europe “when the time is right.” The electric car and bus manufacturer considered at least one facility, but has not released any details yet.
just-auto.com (paid content)

Detroit Electric expands: Ahead of the launch of the SP:01 electric sportscar, the company announces four more distributors: GreenCar LLC in Azerbaijan, Carpoint for both Iceland and Norway and GridCars in South Africa. More distributors recently signed in China and South Korea.
electriccarsreport.com

U.S. carmakers beg for CO2 bargain: General Motors, Ford, and FCA US are asking the EPA to grant them retroactive emissions credits for using technology like reflective paint, LED, or more obviously start-stop. They claim these technologies reduce CO2 off-cycle.
autonews.com via autoblog.com Integrated mobility and energy infrastructures: The new project of the leading edge cluster Electric Mobility South-West “IMEI” is analyzing two typical local scenarios of grid integration of e-vehicles in decentralized mode for home and commercial users and centralized for e-vehicle fleets. Taken into account are, amongst others, aspects of on-site generation and energy storage.
e-mobilbw-sw.de

Norway is the leading EV nation, says the latest IHS Automotive Plug-in Electric Vehicle Index looking at the 1st quarter of 2015. It is followed by the Netherlands, where EV share grew to 5.7%. Germany is 6th out of 8 nations. In terms of volumes, the USA and China are in the lead.
electriccarsreport.com, puregreencars.com

SGL Carbon to restructure: The carbon specialist plans to move away from graphite electrodes as its core business, betting on the increasing demand for carbon fibre and lithium-ion batteries from Tesla’s Gigafactory, for example, from which it hopes to secure orders soon.
focus.de (in German)

New Audi A4 is late: Audi seems to have set its priorities right and is postponing the launch of the next A4 by six month until early 2015. According to German newspaper ‘Handelsblatt’, Audi wants to prepare the car for electric and hybrid drivetrain variants first. It seems like Ulrich Hackenberg, new head of development at Audi, is giving the right orders.
‘Handelsblatt’

BMW to boost carbon production: The carmaker and its partner SGL Carbon said they will double output from 3,000 to 6,000 tons while building a second hall for carbon fibre production at their jointly run facility in Germany. The move comes after growing demand for BMW’s electric i-series and plans to use the material in other vehicles like the new 7 series.
reuters.com, europe.autonews.com

Open to speculation: Andrian Perica, merger and acquisitions chief at Apple, met with Tesla CEO Elon Musk last year, reports the SF Chronicle. While the meeting might have been (re-)fuelling speculations about Apple buying the electric carmaker, no new or feasible facts emerged.
sfgate.com via news.cnet.com

No more Honda hybrids: Due to low demand, the Japanese carmaker will stop offering its Insight and CR-Z hybrids in Europe. Only the Jazz hybrid (also known as Fit) will stay but could be discontinued in 2016.
4wheelsnews.com, motornature.com

Electric cab export: Mahindra will not offer its latest Verito Electric on its domestic market. The company is however looking into exporting it as an electric taxi and is currently researching potential markets.
indianautosblog.com

Infiniti Hybrid tested: Autoweek set out to find out if the new Q50s hybrid is able to compete with its German competitors. Being “Prius quite” and with a “very good” overall quality, Infiniti is on the right track to become a serious competitor to the “established kings of lederhosen”.
autoweek.com