France’s petrochemical company Total, which now likes to be known as TotalEnergies, has scored an e-mobility deal in Singapore. Its compatriot Bolloré will hand over what it claims to be the largest EV charging network in the city-state, Blue Charge.

In the USA, Hyzon Motors and Chart Industries today announced an agreement to develop and produce a liquid hydrogen-powered heavy-duty commercial vehicle with a range of up to 1,000 miles. There are also advances in Europe and Australia.

The US developer of fuel cell commercial vehicles Hyzon Motors has announced the Hyzon Zero Carbon Alliance. The new coalition of companies from different sectors aims to advance hydrogen mobility worldwide and is headed by Australian Claire Johnson. 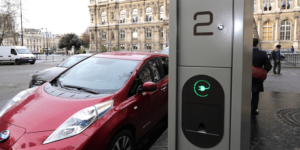 Total Germany has acquired the business activities in the field of charging infrastructure for electric vehicles from the Munich-based company Digital Energy Solutions from the Viessmann Group with effect from 1 November. Total is thus taking over around 1,400 charging stations with over 2,000 charging points at B2B locations.

The Total Group, together with other investors, has taken a stake in Hyzon Motors, a US developer of fuel cell commercial vehicles. Nothing was announced regarding the actual investment sum. 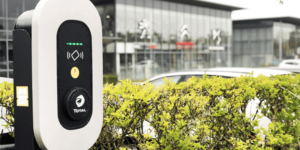 Total is set to take over operation of London’s oldest electric vehicle charging network Source London as the petrol-chemical company announced the acquisition of Bolloré’s Blue Point London today. The transaction is to be completed by year’s end.

Total has received a concession from the Amsterdam Electric Metropolitan Region (MRA-Electric) allowing the Group to install and operate up to 20,000 new charging points in the Netherlands. 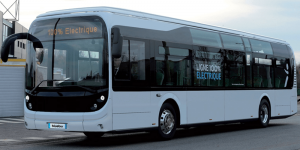 The oil corporation Total has purchased the French charging infrastructure specialist G2Mobility, hailing the move as “a pivotal step in improving our electric vehicle charging offering”. Furthermore, Total announced a cooperation with the cable manufacturer Nexans.

The Government Fleet Declaration, signed by Canada, China, France, Japan, Norway, Sweden, the UK and U.S. at the climate conference in Marrakesh, focuses on pushing electric mobility for official fleets. The declaration does not include a common target, however. The countries have called on other nations to follow their lead.
greencarcongress.com, iea.org (goals; PDF)

Total goes sunny side up: The oil giant wants to equip 5,000 of its locations worldwide with solar panels, 800 will be in France. The official reason is to better the company’s carbon footprint, while electrek speculates Total could set up an EV charging network.
electrek.co, pv-magazine.com

Scrappage fee extended: Transport Malta will keep paying when people trade their old gas-guzzler or diesel for a greener car, allocating another 300,000 dollars to scheme. This could be especially lucrative when combined with a second scheme to fund EVs. Driver qualify for up to 7,000 euros when trading their old car for an electric one, and for to 4,000 euros when “just” purchasing an EV.
maltatoday.com.mt

Total buys into the future: French oil and gas company Total has acquired battery maker Saft for 1.1bn dollars, as it moves to invest in clean energy. The friendly take-over was quickly approved by the Saft board. Not unsurprisingly, considering that Total paid a 38 percent premium.
bloomberg.com, greentechmedia.com

Two new FCVs for England: Riversimple plans to launch two more fuel cell vehicles in the form of a four-seater and a van. The British-based company that recently introduced the Rasa FCV for testing, has employed Fiat 500 designer Chris Reitz for its latest hydrogen concepts. Both the sedan and the van look sleek, taking inspiration from the Rasa. Riversimple is currently looking for crowdfunding to bring its ideas to life.
autocar.co.uk, gizmag.com, riversimple.sharein.com (crowdfunding)

Zoe production to increase: Renault is gearing up production of its compact electric car and looks to churn out 35,000 units this year. That is almost double of last year’s Zoe production of 20,000 units, but the French carmaker says the amount is still below its initial expectations for the EV.
insideevs.com

Tesla range to increase: There is a new battery in town as Tesla now offers the Model S with a 75 kWh power pack. In fact, the same pack already sits in the 70 kWh version but is limited electronically. To unlock the battery’s full potential, Tesla asks for an additional 3,000 dollars.
insideevs.com, electrek.co

Audi A5 PHEV: The German carmaker previewed its A5 Sportback coupé. This time round, it will also be issued as a diesel-electric hybrid with the electric motor pushing the rear wheels.
autobild.de (in German)

EV for India: Tata Motors is working on a purely electric car together with tech companies. Designed to suit the Indian market, the system will be used in both passenger and commercial vehicles and might even make it into the luxury segment. After all, Tata owns Jaguar Land Rover.
oncars.in, motorbeam.com

“Multikulti” is German slang for multicultural and seems like a fitting description of Total’s idea behind its ‘Multi-Energie-Tankstelle’ (multi energy filling station). Together with Daimler, Linde and RWE, the company has inaugurated the fourth station at which drivers can refill their vehicles with either regular fuel as well as hydrogen and electricity via CCS and CHAdeMO. Total currently services four H2 stations in the German capital and one in both Hamburg and Munich. More stations are set to follow this year.
presseportal.de (in German)

Temporarily unavailable: New owner of the Source London public charging network, French IER, has found 168 of the 464 charging stations to require maintenance work. That is about a third of all stations but IER says it is making good progress together with no less than six charge point manufacturers to fix the network. In the future, rapid charging is expected to be introduced.
zap-map.com

Rolec Services is offering free 32 amp EV home chargers to private customers. Rolec subsidises its offer which is part of the British Government’s OLEV Electric Vehicle Homecharge Scheme. To be eligible, customers only have to own or have ordered a plug-in vehicle or drive a company EV for more than six months.
fleetnews.co.uk

EV ready homes: California is musing yet another pro electric transport bill. This time, developers of new homes or large parking lots would be asked to have enough capacity ready for EV chargers to be installed at a later date. AutoblogGreen suggests, this anticipatory move could cost as little 50 dollars.
green.autoblog.com