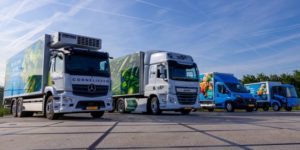 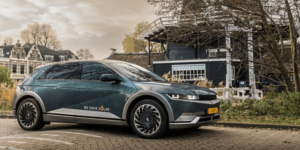 Hyundai and We Drive Solar have started a Vehicle-to-Grid (V2G) charging project for electric car-sharing in Utrecht, the Netherlands. The two companies will initially deploy 25 Ioniq 5s equipped with V2G technology.

The Dutch town of Utrecht reportedly turned into a demonstrator for electric car-sharing and bi-directional charging this summer. The German start-up Sono Motors says it will be joining the real-life testing with 100 Sion solar EVs in Utrecht. 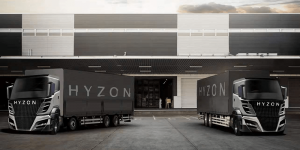 In the Netherlands, by 2025, the province of Utrecht plans to have built up to ten hydrogen refuelling stations and deployed a total of 1,800 hydrogen vehicles from Hyzon Motors. 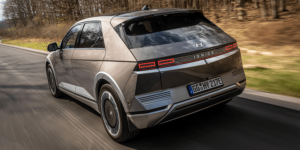 Along with other partners, Hyundai and We Drive Solar are planning to test electric car-sharing in combination with bidirectional charging on a large scale in Utrecht, the Netherlands, starting this summer. The new Ioniq 5 will also be used for this purpose. 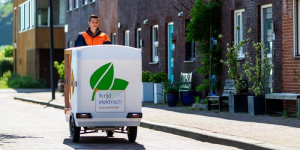 Charging on the go.

Tesla fan Bjørn Nyland shows us how to recharge a Tesla Model S without ever plugging in at a charging station. The “trick” is to hook it up to and trail it behind its big brother, the Model X. But considering the possible damages, it may not be the most economical way to fill the battery.
insideevs.com (with video)

EV only zones in Poland? Poland’s Ministry of Energy is looking into introducing ‘low-emissions zones’ in cities, a Polish newspaper reports. This may be a push for coal as much as for green transport as the country relies on carbon sources for its energy needs, while the ruling party PiS pushes back more sustainable alternatives.
cleantechnica.com, parlamentarny.pl (in Polish)

Ten electric buses have been acquired by the Dutch town of Utrecht, where they replace ten older diesel vehicles. The 12 metre models will serve an entire line by spring next year and have been bought in a joint effort by the Utrecht public transport bus provider, Qbuzz, the municipality, and the province.
eltis.org

Supercharging Ireland: Tesla is to expand to the republic with a new store, likely in Dublin, as well as EV charging stations by 2017. Ireland is the last Western European country missing on the Tesla map and was due to be connected already this year.
electrek.co

Ballard bus update: Ballard Power Systems is to deliver technology for 300 fuel cell buses in the Chinese cities of Foshan and Yunfu reportedly. The latter has now taken delivery of ten such hydrogen buses, while Foshan received the first twelve earlier this month.
renewable-energy-industry.com

Kandi is to sell 50,000 EV over 5 years through Shanxi Coal, a strategic cooperation agreement sets out. Kandi says the agreement is to stabilise the firm’s EV business in times of varying subsidy policies.
streetinsider.com

Solar chargers for Utrecht: Renault, the Dutch city of Utrecht, ElaadNL, and LonboXnet have signed a letter of intent to test solar smart charging stations. Some 1,000 units could be installed, where ElaadNL would be in charge of the infrastructure and Renault would supply 150 Zoe Z.E. through 2017. The project’s second phase could see the construction of a V2G system.
v2g.co.uk

Thailand’s three step plan: To push EV uptake in the public sector, the country will start regulating EV costs, making sure prices will not exceed those of natural gas vehicles. In a second step, those measures will also apply to electric passenger cars, while Thailand will also cut tax rates, push local battery production and develop charging infrastructure. The third step (2020-2036) will see the installation of up to 800 chargers for an estimated 1.2m electric vehicles.
bangkokpost.com

Seattle’s 15,000 EV plan: To cut the city fleet’s emissions in half by 2025, Seattle’s mayor is calling to include more electric vehicles – a total of 15,000 purely electric cars are said to roam the city’s streets in ten years. Moreover, the EVs will all be powered with clean energy, as Seattle produces enough hydropower.
seattletimes.com

Proterra prepares for rising demand: As more and more transport agencies are looking to include electric buses in their fleets, manufacturer Proterra wants to nearly double production capacity in 2016. It therefore placed a follow-on order with UQM Technologies for PowerPhase HD electric systems, to be delivered this year.
greencarcongress.com

The first of a total of 20 V2G charging stations powered with solar energy has gone into operation in the Dutch city of Utrecht. The pilot project in the Lombok district will see another 19 of these solar powered stations that allow for bidirectional charging go up.
mijntu.nl, cobouw.nl, utrecht.nl (all in Dutch)