In concrete terms, Renault intends to introduce a fleet of 15 Renault Zoe vehicles with vehicle-to-grid functionality in Europe during the course of the year, in order to develop new bi-directional charging offers together with partners and lay the foundations for future standards. The aim is to get to the bottom of feasibility and potential benefits, according to a press release by the French. It is interesting to note that Renault is using alternating current technology, which is apparently based on the type 2 connector.

More than a year ago, the carmaker announced that, together with the energy supplier Empresa de Electricidade da Madeira, it wanted to turn the Atlantic island of Porto Santo into an “electric island” including electric cars, second-life batteries and V2G in combination with “smart” charging. While this trial is going ahead, not as much is known about the second project in the Dutch town of Utrecht. Renault only mentions that it is a pilot project in an ecosystem developed by We Drive Solar. 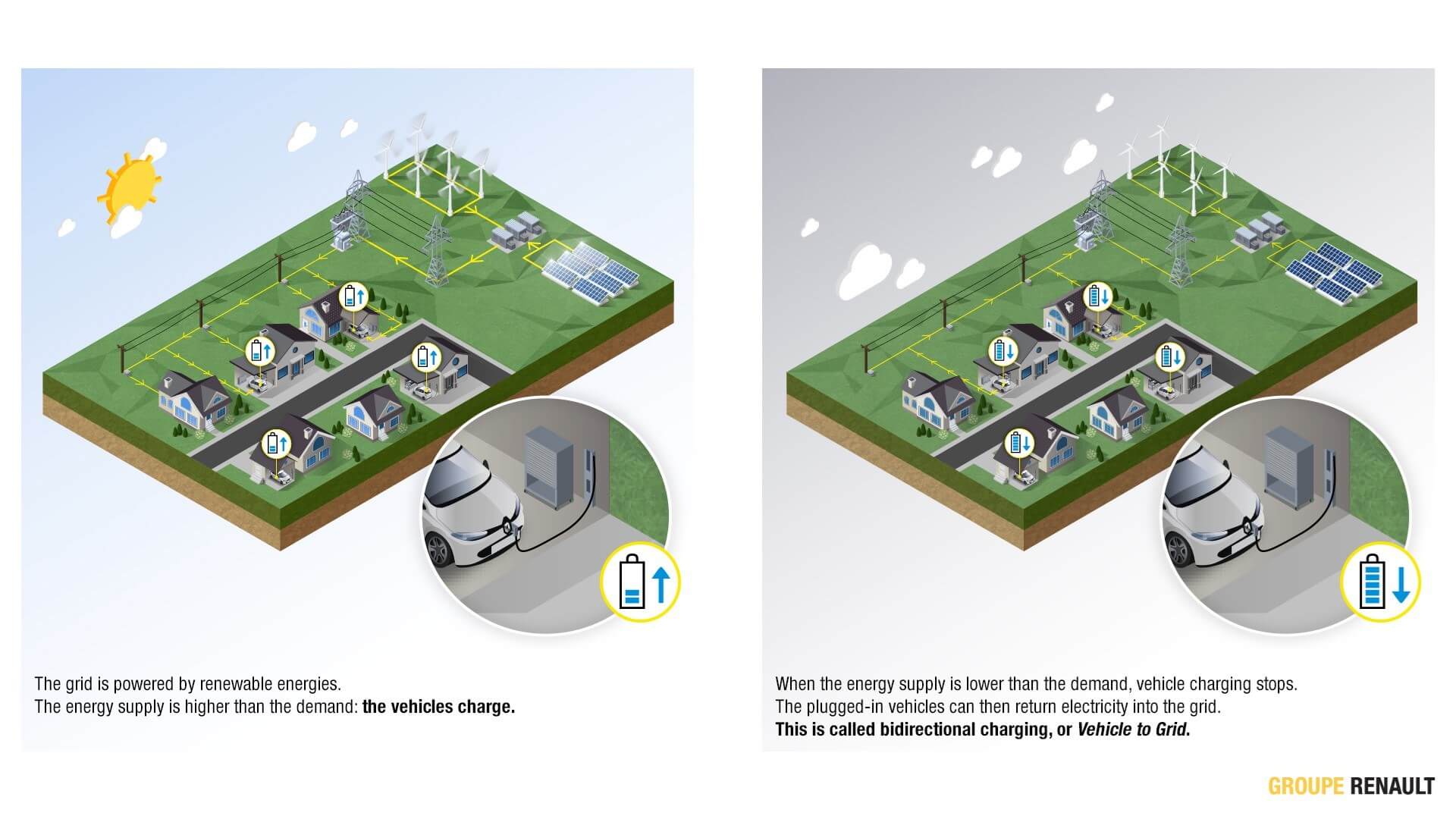 According to Gilles Normand, Director of Electric Vehicles for Groupe Renault, the initiative underscores Renault’s ambition to become a major player in the energy transformation process. “Vehicle-to-grid charging is a key pillar of the smart electric ecosystems that Groupe Renault has set up. We have chosen onboard technology that also optimizes the cost of recharging stations and thus facilitate a large-scale development”.

Moreover, further such vehicle-to-grid projects with Renault electric cars are planned in France, Germany, Switzerland, Sweden, and Denmark over the course of 2019.

Renault here follows in the steps of its ally Nissan that has been working on V2G technology for some time. An example is this project in Germany, where a Nissan leaf has become a money-making and TSO certified participant of the energy market.