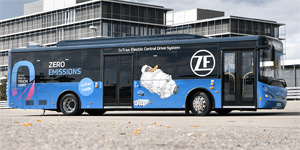 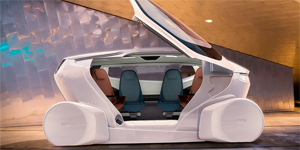 Mix of electric bus and tram: The Autonomous Rail Rapid Transit (ARRT) of Chinese company CRRC is a new mean of transport powered by electricity and made for autonomous driving. It looks like a hybrid of bus and train, yet does not run on rails but on wheels along designated paths. Each carriage can fit about 100 people. The first ART line is currently under construction in the city of Zhuzho with completion set for 2018.
ibtimes.co.uk, popularmechanics.com

Another wild mix for future mobility comes from the Czech Republic. Airborne, the GyroDrive is basically a mini helicopter for two passengers, but on the street the prototype turns into an electric vehicle albeit one that does not reach more than 40kph. Pricing starts from 57,000 euros.
ibtimes.co.uk, youtube.com

Alliance for electric ship propulsion: Finish propulsion specialist Visedo is to partner with Kongsberg Evotec and Veth Propulsion in order to electrify marine applications. Visedo and Veth already developed the Integrated L-Drive together, an electric drive with a power range of 300 to 1,325kW.
boatingindustry.com, visedo.com 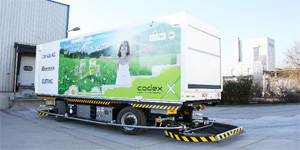 Headless shuttle for heavy loads: Kamag introduced its E-Wiesel AGV pallet, an autonomous electric transporter that lacks a driver’s cab and thus can be loaded from both sides with up to 30 tonnes. Navigation is handled through sensor technology and loading and unloading is automated too.
kamag.com

Hybrid power for heavy trucks: The Finnish companies Visedo and Sisu Auto developed a hybrid electric power system for the heavy road transport sector. The parallel hybrid drive relies on an electric motor as well as a diesel engine and shall provide up to 850kW and more than 5000Nm torque.
visedo.com

Insights of Elektra-2: The SolarStratos project reported the maiden flight of its ultra-light solar aircraft two weeks ago and now has details. Weighing 420 kilo with a wing span of 25 metres, Elektra-2 uses technology from the DLR spin-off Elektra-Solar. It aims to fly 20 km high with a payload of up to 100 kg.
dlr.de 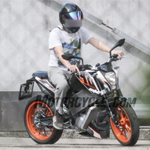 Billion dollar chemistry deal: The U.S. chemistry industry just sealed what is said to be its “biggest deal” ever, as Albemarle bought Rockwood for 6.2 billion dollars. The latter is the biggest among four companies which currently control 90% of the world’s lithium market. Albemarle sees the potential of the automotive industry as being especially attractive and expects a steep demand increase around 2017.
bloomberg.cm, bidnessetc.com

Future-safe LEV standard: The EnergyBus organisation has issued an update of its communication interface standard for e-bikes and other light electric vehicles. The new version of the CiA 454 open communications standard is a commitment to all future developments, which are supposed to be compatible with older types of for example the charge-lock plug.
bike-eu.com

E-bus made in Finland: Manufactures of electric buses like French Safra or the Finnish VTT use drivetrains from Finnish Visedo. In a recent comparison organised by Veolia in Helsinki, these buses did stand out with impressive efficiency numbers, the company says.
electricvehiclesresearch.com

Most clicked link on Wednesday was Tesla’s decision to call its Model E the Model III.
autoexpress.co.uk