Nissan to expand its e-car offering: At the Detroit Auto Show design chief Shiro Nakamura confirmed plans for an exclusive sports-car, which would probably incorporate technologies from the BladeGlider or ESFLOW concept. He also announced a “cheap city commuter type unique EV” below the Nissan Leaf.
motorauthority.com, greencarreports.com, electric-vehiclenews.com 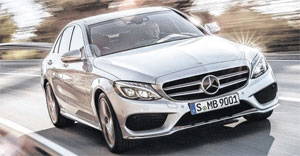 Mercedes S500 Plug-In: In Detroit, Thomas Weber, Daimler’s chief of R&D, said that the luxury PHEV with its electric range of 30 kilometres will work well in urban areas. Sales start in Europe by the end of 2014, followed by the US in 2015. The future C-class plug-in (photo) will likely go “closer to 50 kilometres.”
greencarreports.com, green.autoblog.com

Date for Fisker auction set: On the 12th of February, 2014, China’s Wanxiang Group will be up against Hybrid Tech Holdings in a closed auction in New York. Hybrid has said its initial bid for the remains of Fisker would be worth 55 million dollars.
reuters.com, green.autoblog.com

Outlander PHEV granted: The Mitsubishi PHEV is eligible for the UK Government’s Plug in Car Grant of 5,000 pounds (8,200 dollars), the Office for Low Emission Vehicles confirmed. The Outlander is one of few hybrids qualifying, as it can be driven all-electrically at more than 70 mph over a sizeable distance.
electriccarsreport.com, puregreencars.com

VL Destino deliveries: While the latest ‘Red Concept’ currently on display at NAIAS will never go into production, the first nine Fisker Karma conversions have been sold and are about to be delivered. If a V8 version of the Tesla Model S would sell as good? Bob Lutz might think so.
nytimes.com, detroitnews.com, green.autoblog.com

"The word ‘recall’ needs to be recalled.”