Polo plug-in hybrid: Volkswagen has just confirmed plans to introduce the city car as PHEV as well as CNG powered version as early as next year. VW’s small plug-in will use the ‘TwinDrive system,’ which can be combined with either petrol or diesel engines. VW made it clear though that the Polo drivetrain will be different from the plug-in drive of the upcoming Golf GTE.
autocar.co.uk 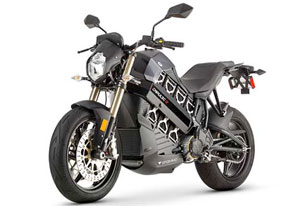 Brammo Empulse updated: The 2014 models of the Empulse and Empulse R electric motorcycles are now 4.5 kg less heavy, which leads to improved handling and performance figures. The refined all-electric motorbikes will become available during 2014 with prices starting at 16,995 dollars.
electriccarsreport.com, puregreencars.com

Kia Soul EV fully exposed: The production version of the Korean electric car has been caught on camera before its official debut at the Chicago Auto Show. The Soul EV has the Kia typical ‘Tiger Nose’ but comes with accents in friendly blue and has a closed-off grille, which is actually bigger as on the standard soul. An electric range of over 120 miles speaks of tiger-like strength.
green.autoblog.com, transportevolved.com

Mitsubishi concepts in Geneva: The Japanese carmaker will show its studies of SUV plug-in hybrids GC-PHEV and XR-PHEV for the first time in Europe at the Geneva Motor Show in March. Both concepts debuted at Tokyo Motor Show in November last year.
tagesanzeiger.ch (In German)

Subaru XV Crosstrek Hybrid: The editors of ‘Green Packs’ took a closer look at Subaru’s hybrid SUV that comes with a 3.4 hp electric motor powered by a 13.5kWh nickel-metal hydride battery to support the boxer petrol engine. According to Green Packs, the new hybrid could be a leap to the future for Subaru and help in reaching out to new customers.
greenpacks.org