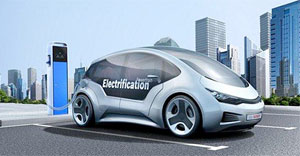 German-Japanese battery joint venture: Lithium Energy and Power GmbH & Co. KG is the name of a new joint venture by Bosch, GS Yuasa and Mitsubishi. Established in Summer last year the enterprise has declared its ambitious goal to develop li-ion batteries with double the energy capacity of today’s technologies. The joint venture of which Bosch holds 50% of the stakes is based in Stuttgart, Germany and has already recruited 70 employees.
greencarcongress.com, automotiveworld.com, automotive-business-review.com

1.9 million Prius to be recalled: Toyota will have to recall all Prius hybrid models built between March 2009 and February 2014 worldwide, due to problems with software controlling the motor and hybrid function. Toyota will contact owners as soon as a software update is ready.
autoblog.com, greencarreports.com

All or nothing for early i3 buyers: In the first three months BMW USA will offer its electric car as ‘Launch Edition’ only. This leaves first buyers with no choice but to “opt-in” for all available add-ons, with only the REx being optional, which boosts the price from 41,350 up to 50,875 dollars.
insideevs.com, transportevolved.com

Toyota to increase production: Thanks to growing demand for its Yaris and Yaris hybrid, the Japanese carmaker will ramp up output at its plant near Valenciennes, France. Three-shift operations starting in June are set to increase annual production by 15% to 220,000 units.
just-auto.com, fr.reuters.com (In French)

Honda in Geneva: At the upcoming Motor Show in Switzerland, the carmaker will show its hydrogen concept FCEV as well as an updated NSX concept hybrid.
driving.ca, caradvice.com