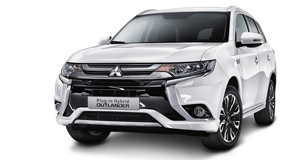 Mitsubishi Outlander at IAA: The 2016 plug-in variant will make its European debut at this year’s Frankfurt Motor Show, before going on sale on September 26th. The rally version will also be shown, as will be a display explaining the Vehicle-to-Home (V2H) electricity supply system that will be available for the new Outlander PHEV.
greencarcongress.com, worldcarfans.com, automotiveworld.com

BAIC comes to Silicon Valley: The Chinese manufacturer has opened a research facility for ‘new-energy vehicles’ in the California region that said to roll out four to six new electric and hybrid models a year. The aim is to increase sales of Chinese new-energy vehicles abroad.
chinadaily.com

Futuristic oldtimer: ‘Midget’ is what Toyota will call its new hybrid sports car that draws inspiration from the 1945 MG TC Midget and original Caterham 7. It is expected to be presented at the Tokyo Motor Show in October, and if feedback is positive, could already be available next year. Moreover, Toyota is expected to show two new fuel cell studies, probably the Lexus LS FCV and Toyota Crown FCV.
motoring.com (sports car), motoring.com (fuel cell)

Porsche keeps the crown: Following its win at the 24 hour of Le Mans, the carmaker’s 919 hybrid was the first to reach the finish line at the Six Hours of Nürburgring. Despite receiving a three minute penalty for exceeding fuel consumption, the second Porsche team took second place, followed by the Audi R18 e-tron quattro.
sportscar365.com