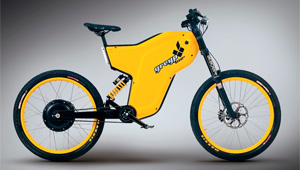 Rimac Greyp update: Rimac presented the Greyp G12S, a further developed version of its electric super bike. When in ‘Street’ mode, its 1.5 kWh battery provides enough power to go 120 km on one charge. The bike even comes with regenerative braking technology.
gizmag.com, greyp.com

Ford gets smartwatch app: Drivers of electric and hybrid Fords can soon get information about range or charging status with a flick of their wrist. They can also locate or unlock doors via the smartwatch app – much like with the app for BMW’s electric cars.
ubergizmo.com, theverge.com

Local lithium: Tesla could get part of its needed lithium from a mine near the Gigafactory in Nevada. At least Canadian mining company Pure Energy Minerals says that it has signed a deal of that nature with the carmaker.
fortune.com