Elon tweets: Tesla CEO Elon Musk took part in a Q&A on Twitter and revealed that a cheaper Model X version with a smaller battery will come in around 12 months from now. Musk has also confirmed that a Model Y ist planned. Whether the Tesla Model Y will be based on the Model 3 remains to be seen.
teslarati.com, insideevs.com

Connected Nissan EV: Nissan previewed its Teatro for Dayz concept ahead of the Tokyo Motor Show. Designed for the so-called share natives, the all-electric car is based on the Dayz kei car and boasts customizable screens on the inside and outside.
pcworld.com, carscoops.com, worldcarfans.com

Open design EV: The Uniti projects brings together an international team at Swedish Lund University. Together, they aim to challenge the idea of urban mobility and automotive design. An electric two-seater prototype is being set up with the design and development process open and patent-free.
pr.com, youtube.com (teaser), iamuniti.com (project website) 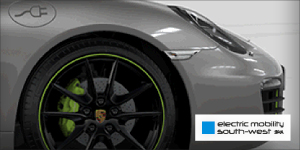 Efficient e-vehicle offering higher performance: The essence of the new project of the leading edge cluster Electric Mobility South-West “e-volution” is to merge peak technology from all segments of e-vehicle research and provide innovative integration for efficient interaction. emobil-sw.de

Hybrid school bus: The Indian Joint Venture Volvo Eicher Commercial Vehicles (VECV) plans to develop a hybrid powertrain and AMT system for buses and trucks in the 16-49t range. The development work has begun first in a hybrid school bus that will take a year and a half for completion.
autocarpro.in, indianautosblog.com

Spied: As we reported, Renault and Dongfeng are building an EV for the Chinese market. Now the Fluence Z.E. with a Dongfeng name tag has been spied without camouflage. It looks like a rebadge-only operation rather than a re-development but if the former is true, why is the launch only set for 2017?
worldcarfans.com