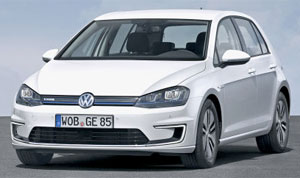 Volkswagen electrifies massively: VW will launch more electric models across all brands by 2018 than initially planned, Manager Magazin reports. An electric Passat will join the Phaeton, and both VW and Porsche will electrify an SUV. Porsche is to develop a production version following its Mission E concept, while the Audi Q6 e-tron will also get an electric sibling. Meanwhile, BMW and Daimler consider to jointly purchase electric components like motors and batteries, the magazine learned.
manager-magazin.de (in German)

BMW produces 2nd PHEV: The BMW facility in Leipzig, Germany, started production of the BMW 2 Active Tourer, aka BMW 225xe. After the BMW i8, it is the second plug-in hybrid to roll off the lines in Leipzig, which it has to share with all other models from the 1 and 2 series. There are only a few stations along production line, where workers specifically add the electric motor or high voltage battery for the plug-in drivetrain.
bmwgroup.com (in German)

The Mercedes E-Class will premier at the Detroit Motor Show in January. The updated version will hit the market later in summer. The E350e plug-in hybrid version will then kick off within a year.
autocar.co.uk

The Bolt’s debut is less than two months away. GM confirmed that its electric 300-mile range Chevy is to launch at the CES in Las Vegas in January 2016. Meanwhile, the Cadillac CT6 plug-in hybrid was unveiled in Los Angeles, boasting an all-electric range of 50 kilometres.
theverge.com (Chevrolet), mashable.com (Cadillac)

Thai Tesla JV: Together with investors from the U.S. and Thailand, Tesla formed a joint venture to sell the Model S in the southeast Asian country from the beginning of 2016. Furthermore, the Californians will install Superchargers at 120 fuel stations in Thailand.
thailand.carbay.com

Access granted: British Office for Low Emission Vehicles (OLEV) added the Toyota Mirai to the list of vehicles that qualify for the 5,000 pound plug-in grant. The Mirai is the first fuel cell vehicle eligible for the grant, which brings the price down to 61,000 GBP.
fleetnews.co.uk