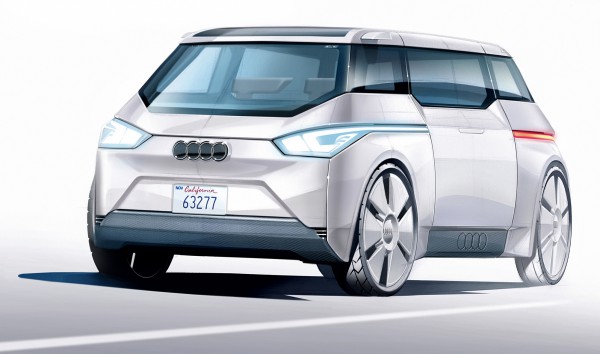 Autonomous Audi City? The German carmaker will allegedly present an autonomous electric car at the Paris Motor Show this October, Auto Bild writes in its print edition. The Audi City concept will have neither a steering wheel nor pedals, but an all-wheel an electric drive. With a 90 degree steering angle, the compact four-seater is said to be able to parallel park all by itself.
intellicar.de (in German)

Family affair: VW confirms that the next-gen Tiguan SUV will father a new model family, including a long-wheelbase seven-seater next year and a coupé by 2018. The standard Tiguan already includes a plug-in hybrid version.
autocar.co.uk

Hybrid BMW Z5 confirmed: It has been confirmed that the Z4 successor will be a hybrid. The car is jointly developed with Toyota, who will deliver the hybrid system. Most other motor variants and the platform for the Z5 and Supra will come from BMW. The hybrid is said to deliver 400 hp.
autobild.de (in German)

Acute measures: Oslo drives ahead its plan to ban diesel vehicles from the city center on days with high levels of pollutions. On acute days, the city will also close 1,174 city-operated parking places.
newsinenglish.no

A first for India: The Ecolife has been dubbed the first electric bus for India by JBM Auto. The claim may cause for attention at the Auto Expo, but the bus was actually developed for India together with Solaris. It will be available as a nine and 12 metre version and the start of serial production is set for this year.
economictimes.com