Tesla-Samsung alliance? Inside EVs has gotten a hold of leaked letters of conveyance, reporting that Tesla has received a large order of battery cells from the Korean supplier. The noted weight of 113 tonnes corresponds to 1.74 cells – way too many to just want to test them. It therefore seems that next to Panasonic, Samsung is Tesla’s new battery partner.
insideevs.com 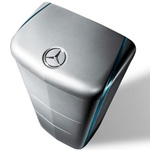 Daimler eyes storage market: With the launch of the Mercedes-Benz Energy GmbH, Daimler professionalises the development and sale of its own stationary energy storage devices, which will be built by battery subsidiary Accumotive. The carmaker has already acquired know-how in the field with its two mega-projects in Lünen and Herrenhausen in Germany.
daimler.com

Tesla wins “Engine of the Year” – again: This is the second time in a row that Elon Musk and the Tesla gang were handed the International Engine of the Year Award from Green Engine. The BMW i8’s 1.5 litre hybrid engine came in first in the category of “1.4-Litre to 1.8-Litre.”
auto123.com, ukipme.com

Gigafactory has capacity to grow: Musk told shareholders that the battery factory’s production capacity could be increased to 150 GWh – three times the current global production capacity. Moreover, it will build a new, bigger 20700 cell format and due to the high demand, only 33 percent will be allocated to the storage market, instead to of the originally planned 50%.
electrek.co