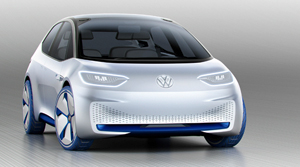 Volkswagen’s future plans: VW announced that it will build a pilot battery factory in Salzgitter, Germany, while extending EV production from its facility in Wolfsburg to Dresden and Zwickau. Electric motors will be built in Kassel. At the same time, the carmaker says it will cut 30,000 jobs, but agreed with labour unions to create 9,000 new ones in the field of electric mobility.
greencarcongress.com, autonews.com

Magna to build I-Pace: Last week, it was all speculation. Now Jaguar Land Rover CEO Ralf Speth confirmed that the Graz production specialist Magna Steyr will manufacture the recently unveiled electric SUV I-Pace. Those looking to own one, need to plan with a price tag of 70,000 to 80,000 euros.
autonews.com

Next C-class with 100 km electric range? The next generation of Daimler’s mid-range sedan could get a plug-in hybrid drivetrain from 2020, Auto, Motor und Sport reports. An all-electric variant is reserved for the EQ line-up, but the PHEV version should allow for 100 km of electric range.
auto-motor-und-sport.de (in German)

— Text Ad —
Electric drivers, let us hear your voice! Share your thoughts about how the future of electric driving and charging should look like in this short survey: evbox.typeform.com. This survey is developed by EV-Box, operator of the world’s largest electric vehicle charging network. The results will be shared soon on the website. evbox.typeform.com 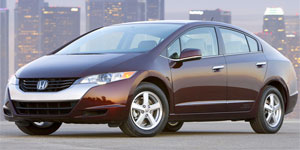 Honda FCV starts at 369 dollars/month: The Japanese announced the leasing price for its Clarity Fuel Cell, which will become available in California at the end of the year. With a three-year contract and 2,499 dollars down payment, the FCV will cost 369 dollars per month. That includes 20,000 miles per year, 15,000 dollars worth of hydrogen fuel, and other goodies.
greencarcongress.com

Jeep electrifies two SUVs: The new edition of the 2018 Grand Wagoneer could be available as a plug-in hybrid, as well as share some components with the next Jeep Wrangler, which will also be electrified. Car and Driver even speculates that the vehicles could be fitted with the Chrysler Pacifica PHEV drivetrain.
caranddriver.com

Velite with Volt technology? The especially for China designed Buick Velite Concept with plug-in hybrid technology was now unveiled at the Guangzhou Auto Show. While technical data about the drivetrain was kept under wraps, it is possible that it will share its drivetrain technology with the Chevy Volt.
hybridcars.com, gmauthority.com, motorauthority.com