EV-only Opel to go through? GM’s European brand may indeed go all-electric as planned even if sold to PSA, Manager Magazin reports. GM would licence its electric car tech to the French group, at least for the Ampera-e. So it is possible PSA will put the idea Opel had been working on into practice.
autonews.com, manager-magazin.de (original source)

Kia Niro fully electric by 2018: Like Hyundai with the Ioniq, Kia is to electrify the Niro successively. Already this year, the hybrid crossover will get a plug and by 2018, there will be a Niro EV, COO Michael Cole announced. The E-Niro will utilise the Ioniq Electric’s motor.
autorai.nl via carscoops.com, greencarreports.com

Schaeffler completed the acquisition of Compact Dynamics as planned. With the integration of the expert for electric drives, Schaeffler strengthens its e-mobility activities.
schaeffler.de 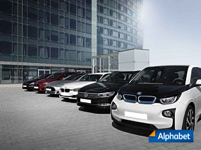 Electric GT to kick off in England: The world’s first electric GT racing series, which uses remodelled Tesla Model S P100D, will launch at the UK Silverstone Circuit on August, 12. More races will take place in the Netherlands, Germany, Portugal Spain and France until November.
autocar.co.uk

Land Rover Defender inspired: Chemical company Ineos plans to build a hybrid and/or entirely electric 4×4 that takes inspiration from the Defender, Autocar reports. 2020 is set as production start and the firm plans to produce up to 15,000 units annually.
autocar.co.uk

Toyota pushes hybrids in India,where it just launched the Camry Hybrid as well as the new Prius. The Japanese see India as a “crucial” market for green technology. Also, Indian carmaker Mahindra Electric wants to scale up production at its Karnataka facility from 2,000 to 5,000 units by next year.
businessinsider.in (Toyota), business-standard.com (Mahindra)