New Leaf on sale in 2017: Nissan will launch the 2018 Leaf this September with sales opening before the year’s end. Owners whose lease is about to end will receive an offer to extend the lease for up to three month free of charge until the launch of the next-gen EV. Specifications however, are yet to be delivered but a 60 kWh battery is certain.
autoblog.com, insideevs.com 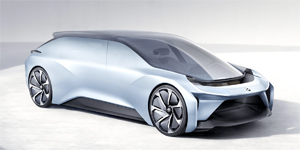 Nio reveals self-driving EV: Nio, formerly known as Next EV and for its electric hyper car EP9, has brought an electric and autonomous car to the SXSW conference. The Nio Eve is primarily a vision but parts may make it into mass produced autonomous EVs in the States by 2020.
electrek.co, forbes.com, nio.io

1.8bn for Detroit Electric: Chinese Far East Smarter Energy Group poured 1.8bn dollars in the EV maker. 370m were earmarked for Europe alone, where the electric roadster SP:01 is to be build in England. Next in the pipeline is an electric SUV (2018) and an electric sedan before the decade’s end.
greencarcongress.com, electrek.co, autocar.co.uk

The order books opened for the new electric Smart range. Prices for the Fortwo and Forfour ED start at 21,940 and 22,600 euros respectively before incentives. Deliveries are set to begin in June.
motor1.com, daimler.com

Berlin will replace Brussels in the Formula E and will thus host a double-header ePrix this summer. The Berlin ePrix will take place at the former Tempelhof Airport as before but the track layout has been completely redesigned.
electricautosport.com, fiaformulae.com

eBus based on tram design: Alstom and NTL presented a prototype of the Aptis electric bus. Its design borrows from streetcars with equipment including a pantograph for charging mounted on the roof. The 12m EV offers space for up to 95 passengers. Power output is at 180 kW and top speed 70 kph. Aptis shall be tested from April in and around Paris.
metro-report.com, newtl.com