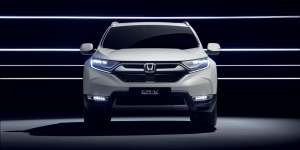 So far, Reachda is mainly deploying EVs supplied by Changan. Around 100 cars are currently available in the Chinese provinces of Liaoning, Hebei and Hubei. In 2018, Honda intends to kick off production of its first EV in China. But if the electric-powered SUV is going to join Reachda’s car sharing fleet, is not yet clear.

Just recently, Honda announced to shut down its Samaya facility in Japan to be able to accommodate for EV making at a more modern facility in Yorii, Japan from March 2022. The latter shall become the heart and soul of Honda’s global electrification.

When it comes to Europe, each and every new Honda model will offer some form of electrification, be it hybrid or all-electric. That is what the company stated earlier this year. The hybrid Honda CR-V marks the start next year, followed by the Urban EV (we reported). The Japanese carmaker wants to make two thirds of its sales from electrified models by 2030 but aims to reach this target 5 years earlier in Europe.
caixinglobal.com