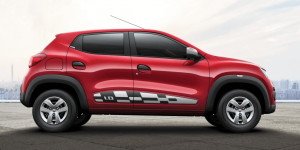 The Japanese carmaker intends to establish an electric car production in the Republic of India, the Times of India has learnt – however, just in case the state grants subsidies. Initially, Nissan would like to launch an electric small car with pricing starting at just 9,000 euros.

This price would make Nissan’s upcoming model the cheapest electric passenger vehicle in the country, beating even Mahindra’s e2O mini vehicle. Producing locally in India, would open Nissan also the opportunity to easily export EVs to other Asian countries.

If the above mentioned small EV might be based on Renault’s Kwid, a mini car developed by the Renault-Nissan-Mitsubishi alliance for the Chinese market, is not clear. In September, the Renault-Nissan-Mitsubishi alliance introduced a six year plan called Alliance 2022. The roadmap earmarks the creation of 12 all-electric models that shall utilise shared platforms and components and thus cover multiple segments. One of the alliance’s main issues is the reduction of EV battery costs.
timesofindia.indiatimes.com