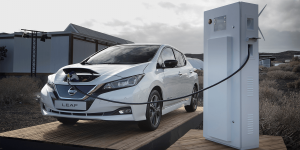 Nissans’ CHAdeMO super-fast charging network established across Europe is already due for expansion: In the upcoming 18 months, it is scheduled to grow another 20 percent.

After the announcement in October last year, Nissan has been working hard on facilitating partnerships and leveraging technology to further establish its foothold in European electric mobility markets. The expansion will entail partnerships in eleven different projects all over the continent.

As the newest generation of the Nissan Leaf was recently released as well as the electric truck e-NV200, it comes as no surprise that Nissan is attempting to leverage its position on the European market, as well as further support the CHAdeMO charging system across the continent. The news also shows that rumours of a larger-battery Leaf being revealed soon are likely false, considering the network would not be sufficiently capable of handling them.