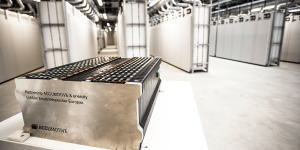 The rumors have turned out to be true: Chinese vehicle producer Geely has revealed their strategy through an insider, who spoke to Reuters. Apparently the Chinese producer aims to purchase some of Daimlers’ battery technology through the acquisition of company stock.

Currently the amount of stock is reported to be less than 3%, as after that point, Geely would be forced to make a regulatory disclose, according to German law. It is also not clear how much of the public traded Daimler would have to be purchased for Geely to attain access to the technology.

Geely had previously attempted to strike a deal with Daimler, however the offer to take a 5% stake through a discounted share placement was rejected by the German firm. Geely, who currently owns London Taxi company LEVC, as well as stock in Volvo trucks and Lotus sports cars, have no plans of backing down though.

The move to purchase the stocks provides Geely with a foot in the door, and, according the Reuters sources, “Geely has opted mainly to show their seriousness and to impress on Daimler folks that they are not going away”. Geely spokespeople declined to comment on the move, however Daimler CEO Dieter Zetsche said on tuesday, that he had no information regarding interest from Geely, and had not seen Geely’s chairman “in at least a year”.

Sources close to Geely have commented that the company is interested in starting a new partnership to scale up production of EV components in Wuhan, as the Chinese government has instituted restrictions on combustion-only vehicles, in an effort to deal with pollution issues which have plagued major cities.