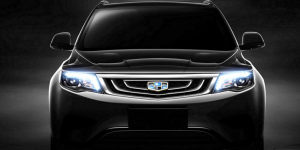 The Chinese car manufacturer Geely has signed a contract for the construction of a new 5 billion dollar production complex for EVs and PHEVs in the province Zhejiang. The project is st to begin in October and will be realized in two phases.

The contract was made between the company and the local regional government of Changxing, where Zhejiang is located. Next to the planned assembly plant, Geely is also planning to construct a transmission plant and a component supplier. Which cars will be produced at the location has not been announced yet.

Geely is currently active in several areas, as the rumors of their purchasing of Daimler stocks heated up, as the Chinese firm is reportedly interested in the German battery technology. There was also mention of a cooperative being started between the two companies in Wuhan, and while the Chinese have signaled their willingness to invest, the Germans have remained less interested.

In Europe Geely is more known for the 2010 attempted takeover of the Swedish Volvo. In more recent news, Geely entered a joint venture with the separate Volvo Trucks.