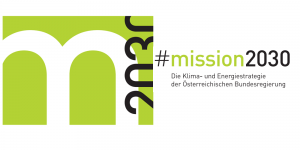 With the decarbonisation of both mobility and the energy sector being key to Austria’s ‘Mission 2030’ strategy paper, the draft includes plans to increase electric transport across the board. Particularly the electrification of utility vehicles such as vans and trucks is to increase “significantly” while subsidies for private electric cars are to be continued.

At the moment, electric car incentives stand at 4,000 euros for all-electric cars, 1,500 euros for hybrids, 750 euros for electric bikes and 200 euros for wallboxes or smart charging cables. The government also wants to change the laws to make it easier to install EV charging stations in multiparty dwellings such as apartment blocks.

Furthermore, Austria is to strengthen electric car sharing and on-demand services as well as electric taxis, pedelec rental systems and zero emission courier services. For public transport, they plan to electrify 85 percent of all trains.

The #mission 2030 paper is to help Austria reach the EU climate goals, meaning the alpine republic needs to reduce its emissions by 36 percent compared to 2005 levels. To date, they managed to decrease them by no more than 8%.

The new document follows an initial plan by Austria’s ruling coalition of the conservative ÖVP and right-wing FPÖ. The parties pledged to stay on course to abolish nuclear energy and coal as the country aims to be powered by renewables only from 2030, particularly hydro power.

In the latest concept, the government estimates their measures could create 34,000 jobs and result in 3.1 billion revenue also through electric mobility. In concrete terms, electric cars now take a 2.25 percent share in all newly registered vehicles but still the overall percentage is well below, at only 0.39 percent of the total car market.

Update 29.05.18: The Austrian government’s draft for the climate and EV strategy until the year 2030 has now been approved by the council of ministers. This also applies to the parts that explicitly deal with e-mobility.