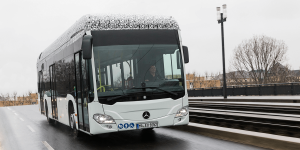 Heidelberg has signed the C40 Fossil-Fuel-Free Streets declaration and has bound themselves to replace their public bus fleet with emissions-free alternatives by 2025, as well as ensuring that the majority of the city runs emissions-free by 2030.

The 150,000 city citizen near the Neckar in Germany, has already begun to improve air quality on several fronts: they even have a joint mobility plan with the neighbouring cities Mannheim and Ludwigshafen. Furthermore, Heidelberg plans to purchase 37 hydrogen powered buses to exchange for their standard RNV buses, as well as electrify city vehicles and expand the city’s charging infrastructure.