A group of dedicated Tesla owners in Australia has taken Tesla fandom to another level. In a concerted effort they set up their own EV charging network spanning all Australia and providing EV drivers of all kinds with a charge route.

The Round Australia Electric Highway runs around the tiny big continent on a route spanning about 17,000km. Charging outlets are on average 200 kilometres apart and never more than 400 km.

The network was completed this May and mostly utilises 32 amp three-phase charge points, which are suitable to charge all types of EVs. The charge rate is at 110km range per hour so not exactly a Supercharger rate but more than enough to go further. 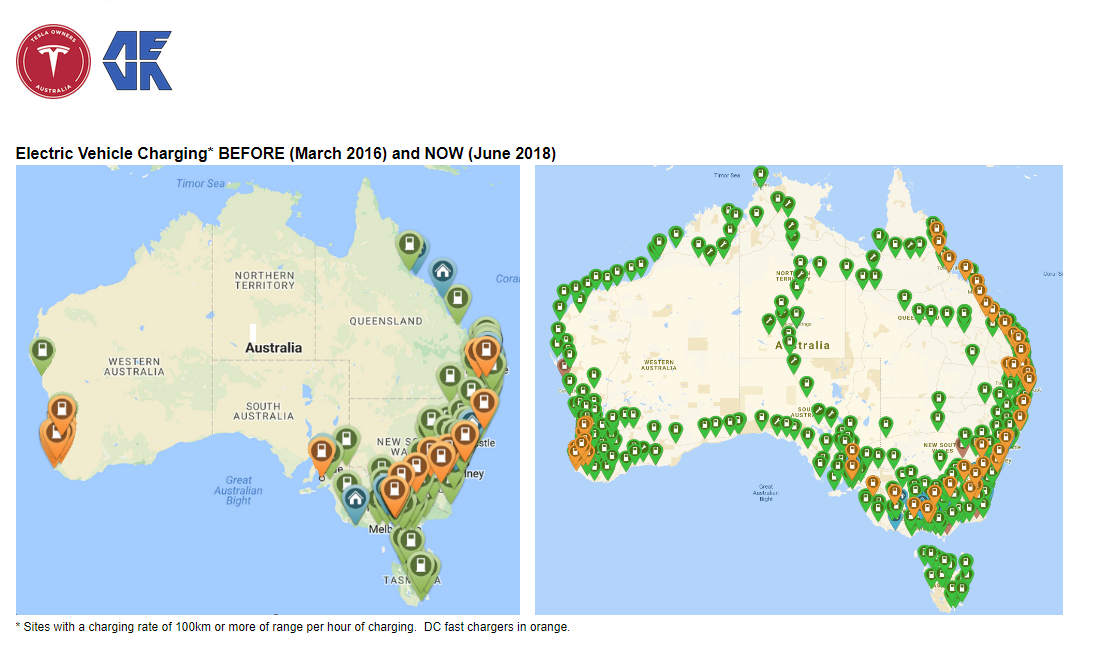 The idea for the charging network was born from the Tesla Owners Club of Australia (TOCA) with the costs of the chargers split between TOCA and the Australian Electric Vehicle Association.

So far, efforts to install charging infrastrcuture Down Under have largely happened on the local level. The Australian Capital Territory for example will receive 50 new standard dual electric vehicle chargers beginning delivery this year, before completion in the next. The 456,000 dollar initiative is funded by the Territory government reportedly.

Tesla itself has so far concentrated Supercharge efforts on Australia’s east coast that is home to Melbourne, Sidney and Canberra. Single Tesla EV charging spots can be found in Perth and few in Adelaide.