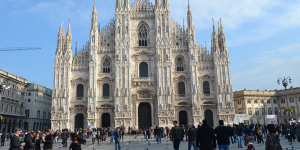 The city of Milan has now also decided to install a diesel ban albeit in small steps. As of January, 21, 2019, older diesels (up to Euro 3) will be banned from driving in city limits from Monday through Friday.

This would affect more than a third of diesel vehicles in the current state of traffic. As of October 2019, an expansion of the ban is planned to include vehicles to Euro 4 standards. In 2025, Milan will also ban Euro 5 diesels.

Rome also recently decided to ban diesel vehicles in their city center, starting in 2024. The Italian capital is dealing with an extremely high traffic density in the inner city. And while many cities around the world are fighting with air pollution, Rome has another reason to improve their environment: The vehicle emissions are damaging thousands of historical monuments in the “eternal city”.