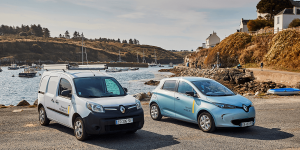 The system on the island will combine a car-sharing service with EVs, local solar energy storage and an intelligent charging system. In the next 24 months the system will be further developed.

As of next year, the citizens of the island and it’s visitors will be able to use the vehicles. The fleet will contain Renault Kangoo Z.E. and Zoe’s. Chargers will be placed around the island, including at major tourist destinations. The new car-sharing service will use the advantages of energy overflow from the solar production, which are located on the roofs of all major public buildings.

Furthermore, Renault is planning to convert used batteries to power the largest holiday resort on the island. The batteries will be used to store the extra power from the solar panels, particularly for heating the bungalows. This will allow the island to extend their tourist season, which was previously limited by heating costs.

Fees for parking at Tesla Superchargers go up