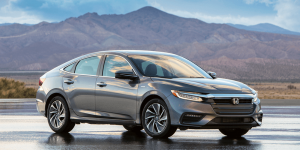 The Indian subsidiary for Honda is considering investing more than 1.2 billion dollars (863 million euros) to set up an affordable hybrid personal vehicle on the market in India, next to several new combustion models.

The part time BEV is supposed to break through to the mass market, unlike the 2016 introduced Honda Accord Hybrid, which was met with disappointingly low sales numbers, according to Gaku Nakanishi, president of Honda India.

The company plans to continue to build on hybrid models, even though the high taxes in India for the vehicles since last year’s introduction of the Goods and Services Tax decidedly hinders sales. Instead of the old tax rate of 28%, manufacturers of hybrid vehicles will have to pay 43% tax now. For fully electric vehicles, a tax rate of only 12% is currently running, to compare.