Opel is planning to install more than 160 charging points for EVs at their research and development centre in Rüsselsheim, Germany. This is where the German carmaker will be researching future electrical grid concepts with the University of Kassel and the charging infrastructure specialists Flavia IT and Plug’n Charge.

To help facilitate the project, Opel is setting up an intelligent charging and infrastructure system for electric vehicles. The installation of the first charging stations in the Rüsselsheim facility and the test centre in Rodgau-Dudenhofen is set to take place in the next months. By the end of construction, more than 160 EV charging stations will have been installed. 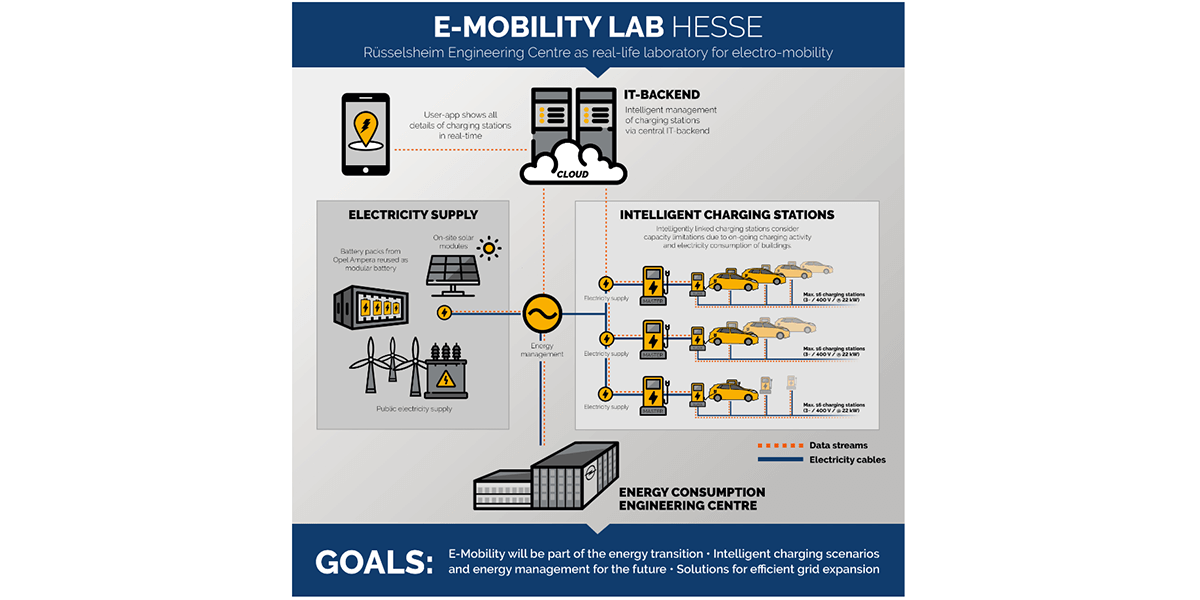 Based on real data, the plan is to use “Extensive and well-founded simulations of numerous scenarios” for analysis of potential future electric grid and infrastructure solutions. The concept for the installation was developed together with the local Hessian think tank House of Energy.

The test centre in Rodgau-Dudenhofen will further receive a modular battery system, in which Opel Ampera vehicle batteries will be re-used in an energy storage system. This stationary battery storage provides a second life use for the batteries and will be used to “mitigate peak loads to stabilize the electrical grid.” A total of 18 old Ampera batteries will be used in the energy storage system, which will have a storage capacity strong enough to power a four person household for a month, according to the developers.

Deputy prime minister Tarek Al-Wazir also stated support for the project, saying: “The energy transition is underway, now we need to make progress with the transport transition, especially in Hesse where around half of the energy demand can be attributed to transport. That is why we are driving electric mobility by, amongst others, the widespread support for charging infrastructure.”