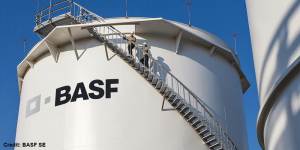 BASF is attempting to lower the nickel ratio in battery chemistry and also to work towards zero cobalt content. The goal is to reduce costs while supplying the growing market for cathode materials for electric vehicle batteries.

Currently BASF and other industry actors, such as the Belgian Umicore, are attempting to increase the nickel proportion of batteries, in order to reach a higher degree of energy storage, as well as saving costs. Additionally, the sourcing conditions for cobalt are generally abysmal, as the majority of the global supply comes from Congo.

In the medium term however, BASF is planning to reduce their dependence on cobalt as well as nickel. The German company is aiming for a model where cobalt would comprise under 5% of the battery system, while nickel would be reduced by more than half, while the proportion of manganese, which is widely available as well as cheap, would be increased. An internal company paper quoted by Reuters shows that starting in 2021, the cathodes would be made of 20% nickel and 70% manganese. This would push the costs for battery production to no more than 40 dollars per kWh.

The cathode material business is currently still a relatively small part of BASF but considered a major innovation project. In the time period between 2012 and 2015, the company launched a series of take-overs and investments in order to secure access to the cathode market. Their main competitors are the major Asian manufacturers, as well as the European companies Johnson Matthey and Umicore.

About a month ago, BASF announced that the Finnish city of Harjavalta  would be the first location where the company would manufacture battery materials for the European vehicle market. The facility will be built next door to the Russian Norilsk Nickel facility, who has been a partner for some time, as well as being well-positioned for future cooperation and developments. The investments for the Finnish facility will cost BASF up to 400 million euros. Production is planned to launch in 2020, and will supply about 300,000 electric vehicles annually.

BASF is considering the construction of the facility as a contribution to the goals set by the European Commission, which aims to set up a value chain for batteries in Europe. In support of this, several locations in Europe are being evaluated for the construction of new battery production facilities, according to the BASF HQ.