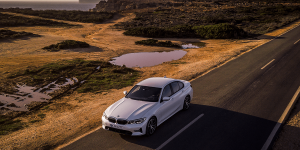 BMW could force their plug-in hybrids to go fully electric in heavily polluted inner cities, according to development chief Klaus Fröhlich. The GPS could then turn off the combustion engine, providing only clean electric propulsion.


This was revealed as part of the LA Auto Show, where Fröhlich explained that the technology was being applied for German cities in which diesel bans may be put in place soon.

In September, BMW’s new X5 with a plug-in hybrid system was their first PHEV with an electric range of 80 km (WLTP). The previous version only had an electric range of 31 km (NEDC). The progress was made by an improvement in battery capacity, which had stood at 9 kWh before the upgrade. So far, the average electric range for part-time battery electric vehicles was generally around 50 km.

Zero expands to four wheels with the e-Qooder