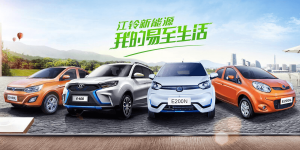 Renault intends to acquire a “significant stake” in JMEV, the electric car subsidiary of the Chinese manufacturer Jiangling Motors Corporation Group (JMCG). The transaction is expected to close in the course of next year after review from the relevant authorities.

The transaction has the purpose of giving Renault a stronger presence in the Chinese market. The move is “fully in line with Groupe Renault’s strategy to achieve a solid position in China’s growth and future market,” said François Provost, Renault Chairman for the Asia Pacific region. The project appears to compliment Renault’s other activities in China. The French company already operates with three joint ventures in China.

Groupe Renault is also already doing well with EV sales in Europe: The company claims that 1 out of 4 EVs on European roads is a Renault. Jiangling Motors is already a joint venture partner of Ford and announced a cooperation with the battery manufacturer CATL in the middle of this year. Subsidiary JMEV sold a total of 38,000 electric cars in 2017, and 50,000 electric cars are expected to have been sold in 2018. As part of the partnership, the duo intends to look into cooperations on various vehicle models as well as in research and development.

The agreement will be reviewed by the relevant authorities in China during the first half of 2019 and JMCG and Groupe Renault expect to close the transaction in the same year. The two companies then plan to give more details about their cooperation at an event in Nanchang.

Tesla hires Wilson-Thompson and Ellison for board