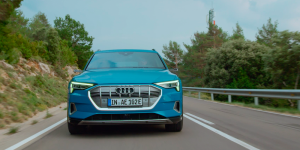 In December Audi said that deliveries of its e-tron would be delayed until “early 2019”. The carmaker now clarified that this means the first deliveries of Audi’s first electric car will be made to customers in Europe this spring.

A spokesperson for the VW subsidiary announced the timeline to Automobil Produktion, specifying that Europeans could expect the first Audi e-tron to reach them in March.

Initially Audi had planned to start rolling out their electric model before last year’s end. However, last October, indications were made about the delayed start of series production. At this time, the Bild am Sonntag reported that deliveries of the e-tron could be delayed by four weeks or even several months.

Our own research in mid-December later showed that deliveries were indeed delayed due to an issue with type approval. In concrete terms, there was a software problem, which is why the electric car was having trouble getting the go from the German Federal Motor Transport Authority (KBA).

A day after publishing the news, Audi reached out to state they had completed homologation and that deliveries would begin this year. Moreover, the first electric vehicles were delivered by the Brussels plant to selected importers in Norway and the Netherlands. The announcement has certainly not come too soon since customer patience has been tested with the lack of information about the length of the delay.