Purchasers of the electric Porsche Taycan will be allowed to use Electrify America fast-charging stations for up to 30 minutes for free for a three year period. The corresponding agreement between Porsche and the VW subsidiary was just announced.

The announcement of the cooperation was described by Klaus Zellmer, CEO of Porsche North America, as follows: “Together, Electrify America and our Porsche dealer network will provide a national infrastructure for DC fast charging that frees future Taycan owners from range anxiety. And Porsche home charging technology will turn the customer’s garage into the equivalent of a personal gas station.”

Electrify America’s charging station network is currently comprised of more than 300 highway charging stations in 42 states, as well as more than 180 charging sites in metro areas. The company also specified that each location on the highways will have at least two 350 kW chargers, which the Taycan is capable of fully taking advantage of, due to a 800-volt system. 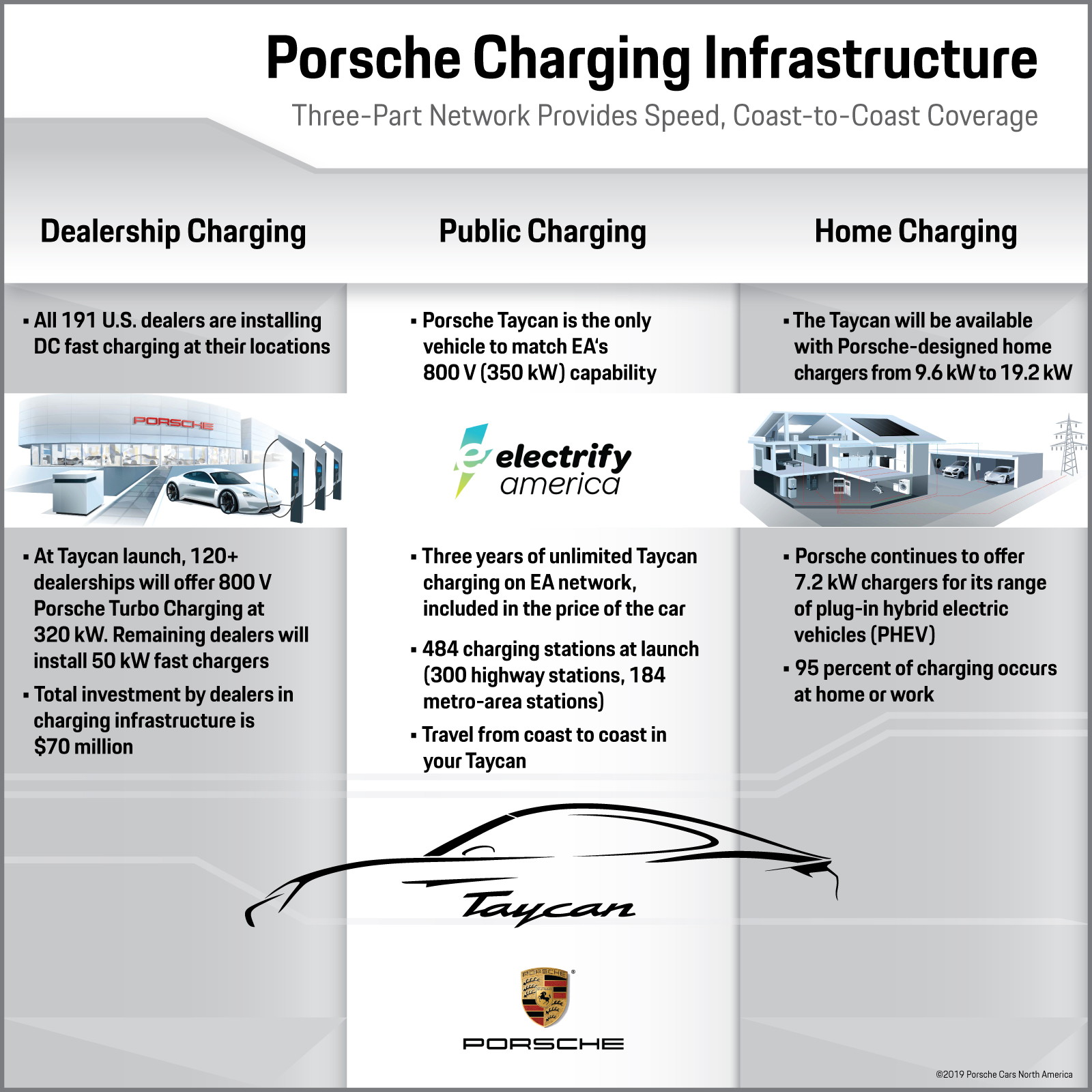 While the agreement is certain to help US customers to travel further, Porsche dealerships are also gearing up for the switch to electric mobility with their own charging installations. All 191 Porsche dealers in the United States will be installing DC fast-charging stations, which 120 will also install Porsche Turbo Charging, “the company’s proprietary DC/CCS charging system that delivers up to 320 kW,” claims Porsche. Dealerships without the Turbo Chargers will have 50 kW fast chargers on site.

The first phase of the infrastructure upgrade is expected to be completed before the Taycan is released in late 2019, with the second phase of installations “expected to deploy hundreds of additional charging sites beginning July 2019.” As the launch is being prepared, more announcements regarding the Taycan have been surfacing, such as the rumoured 90 kWh battery capacity, as well as an increased production volume and an interesting new NOx absorbing surface technology.