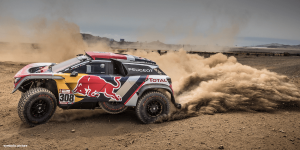 Rumour had it already a month ago that the electric racing series was to take on remote spots of the earth. Now the makers of Formula E confirmed plans for a new racing series with electric SUVs in the world’s most extreme climate zones.

Fittingly called the Extreme E series, the race is officially on and will see electric SUVs compete in a sort of rally. It will start in January 2021 with five events in the Arctic, the Himalayas, the Sahara desert, the Amazon rainforest and on an island in the Indian Ocean.

Extreme E will be held in two groups of six teams with the top four progressing to the knock-out stage and each driver going head-to-head to earn a place in the final. The off-road sections will be around 6-10km in length with a series of virtual gates to be navigated through by drivers – in a mixture of extreme heat and humidity, high altitude and sub-zero temperatures.

Explorer David de Rothschild and Academy Award-winning film director Fisher Stevens are to play leading roles in the project. The races will be broadcast televised worldwide in the form of a ‘docu-sport’ TV series.

Formula E claims “the concept will showcase electric sport utility vehicles (SUVs) competing in extreme environments, highlighting not only the prowess of such vehicles, star drivers and advanced technologies – but crucially the challenges faced by each ecosystem”. Let us hope that indeed that climatic challenges will take a primary focus rather than the attempt to sell more SUVs in congested urban areas.

Gil de Ferran and Alejandro Agag spearhead the fully-funded venture, with Continental Tyres announced as a founding partner and CBMM as niobium supplier. So far, no more partners have been named, but manufacturers are being attracted with a concession to individual design options. The organisers will still predetermine the chassis. However, motors and some body work options are up to the racing teams, as long as the silhouette design resembles their road-going models.

The former Royal Mail Ship, St. Helena will undergo a multi-million-pound renovation to become the mobile operating base for Extreme E. If that means the ship will run entirely electrically remains yet to be seen, but the Formula E communications team mention renewable energy sources.

Update 3 May 2019: Today Extreme E announced that Williams Advanced Engineering will supply batteries for the Extreme E. Made to withstand extreme environments, conditions and terrains, the batteries will be compatible with Formula E-specification motors and produce a maximum power output of 470 kW (equivalent to approx. 630 bhp). Williams Advanced Engineering also assembled the batteries and cells for the first four seasons of the ABB FIA Formula E Championship.

Extreme E has also teamed up with motorsport manufacturer Spark Racing Technology to engineer, develop and assemble the all-new electric SUV model for the electric off-road racing series. Spark Racing Technology will make the common package with strict specification parts, before they deliver the homologated framework to race competitors so that the teams can test and develop their own powertrain and bodywork.