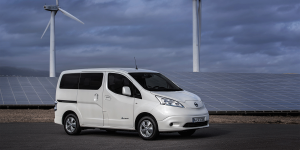 In future, Nissan will offer its NV200 Transporter only with an electric drive. According to the manufacturer, production of the diesel version will end in the summer of this year, from where the model will continue exclusively as the e-NV200 electric version.

The Japanese had increased production of the e-NV200, which has been manufactured exclusively in Barcelona since 2014, by 50 per cent to 6,000 units due to increased demand for the electric van last year.

To meet growing demand, Nissan has recently started to expand battery production for the 40 kWh battery at its Spanish plant as well. Nissan did not say though whether they will offer the larger 62 kWh battery from the latest Leaf at some point for the electric van as well.

However, the news of the Japanese discontinuing the diesel-version of the NV200 van does not mean a complete move away from diesel engines in the commercial vehicle sector yet. Nissan intends to launch the NV250, a Kangoo-based van, in the middle of this year. The alliance is also investing around 450 million euros in Renault’s Maubeuge plant in north-eastern France. However, the Kangoo is also available as an electric version through Nissan partner Renault as Kangoo ZE. Still, last year Nissan had stated their intention to discontinue all diesel variants in Europe in future, at least in the passenger car sector (we reported).