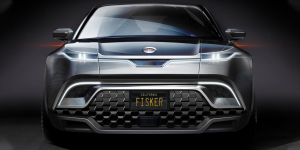 U.S. carmaker Fisker has revealed a preview of their announced electric model for the mass market, which is expected to cost less than 40,000 dollars (net). The market launch of the electric SUV with a 300 mile range (approx. 483 km) is planned for the second half of 2021.

A first mobile prototype will be developed by the end of this year. The final price will also only be fixed at this time.

So far it is known that the luxurious electric SUV will have all-wheel drive. One electric motor each is located on the front and rear axle. A lithium-ion battery with a capacity of 80 kWh will be used as an energy supplier. With the chemical storage, up to 300 miles (approx. 483 km) should be covered electrically.

The U.S. American company aims to make more than just one model. Their electric SUV is only the first of a total of three “affordable” electric cars that Fisker wants to bring onto the market. The luxury limousine EMotion – which is naturally not one of the three affordable electric cars – will only be launched as soon as the first affordable model is available. The EMotion will also be “the first electric car” to have Fisker’s solid-state batteries on board.

Magna to produce EVs for Evelozcity