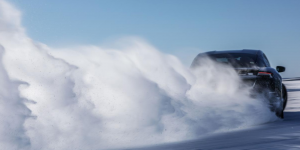 Define “real world” you could say when looking at Porsche’s current testing programme for the company’s first electric car due to hit the market later this year. Engineers are currently running final tests in 30 countries across the globe.

This means Porsche is testing the Taycan simultaneously in various climatic scenarios. In Scandinavia, close to the Arctic Circle, the electric car is measured for its driving dynamics on snow and ice. At the same time, Porsche engineers are taking advantage of the summer in the Southern Hemisphere. In South Africa, they are conducting performance tests. The desert heat of Dubai makes for hot-climate endurance runs and testing battery charging under extreme conditions. Overall, tests are being carried out have temperatures in 30 countries where temperatures range from minus 35 to plus 50 degree Celsius.

Vice president of the model line, Stefan Weckbach, summarises that Porsche “will have covered approximately six million kilometres across the globe” before the Taycan comes to market shortly after September. He added: “We are already very happy with the current status of the vehicles. The Taycan is going to be a true Porsche.” For a more unbiased, albeit excited impression of the electric Porsche, you may want to check the review by CNet featured in the links below.


But public relational boasting aside, Porsche has received real interest for the upcoming pure electric model. On the last count this March, the carmaker had registered more than 20,000 potential buyers for its first electric car, the Taycan. Potential customers have had themselves entered in a list for an option programme with a down payment of 2,500 euros. So far this is only possible in Europe.

The great interest has led to Porsche increasing its production capacity from 20,000 to 40,000 electric cars per year.

It is also know that Porsche’s first purely electric car can accelerate to 100 kph in “significantly less than 3.5 seconds” and to 200 kph in less than twelve seconds thanks to two electric machines with a system output of more than 440 kW. According to NEDC, the maximum range is over 500 kilometres. The vehicle’s 800-volt architecture serves for high power charging so that adding energy for another 100 kilometres takes about four minutes at a corresponding HPC station. According to information made available to electrive, the DC charging capacity will be 250 kW.

Are European carmakers holding back on EV sales?