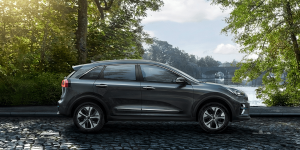 The Norwegian electric car association Elbilforening has criticised long waiting lists for electric cars and see this endangering the goal set by the government three years ago of only registering emission-free new cars in Norway from 2025.

According to a report by the German Press Agency (dpa), in Norway, there is an extreme case of supply lagging behind demand. The association mentioned above even goes so far as to claim that some carmakers in Europe are deliberately holding back their zero-emission vehicles until next year, as a stricter EU fleet limit of 95g CO2 per kilometre will apply to all newly registered cars from 2020. Moreover, every electric vehicle sold will also count double towards the total fleet emissions, meaning that buying times means buying credit to continue to sell more ICEs.

Petter Haugneland, the spokesman for Elbilforening, outlines the status quo as follows: Most customers have to wait up to two years for their car, especially if it is a large model with a long range. 7,000 Norwegians are on the waiting list for the Kia e-Niro alone. Only 2,000 customers could expect to receive their car in the course of this year. Meanwhile, places on waiting lists are being sold on the Internet – for 5,000 euros you move up the list. In Germany, customers have to wait around 12 months to buy the e-Niro. There are also waiting lists for other models.

The dpa also quotes representatives of the association saying they expect that 75,000 new electric cars will be registered in Norway this year. If by 2018 they already accounted for a third of the market share in new registrations, this figure could now rise to 50 per cent. With these figures, no other country in the greater European area even comes close.

The prerequisite, of course, is that demand can also be satisfied. The carmakers, whom Elbilforening critiques, consider the situation as less dramatic: According to the dpa, a spokeswoman from Møller bil, the primary representative for VW and Audi in Norway, reports that although there were delivery problems last year, waiting times have now returned to normal. BMW also assures that is can deliver new cars within two to three months.

It is well known that Norway is one of several countries that want to ban the sale of combustion cars in the future. However, very few nations have such an ambitious timetable as the Scandinavians. In mid-2016, the government decided to ban the registration of new cars with combustion engines as early as 2025. Against this backdrop, Norway subsidises electric cars to such an extent that they are partly cheaper to buy and operate than combustion engine vehicles.