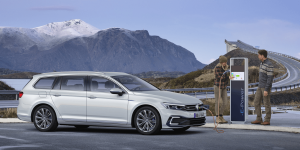 The German Federal Finance Minister, Olaf Scholz, is apparently planning a string of tax incentives for electric mobility. Tax subsidies for electric company cars and bicycles are to be continued until 2030.

German weekly news magazine, the Spiegel reported on the Minister’s new commitment. As early as mid-February, Federal Finance Minister Scholz had hinted at a significant extension of the tax incentives for electric cars and plug-in hybrids as company cars that came into effect at the beginning of this year under the current 0.5% rule. The German Ministry of Transport is also in favour. To date, it is fixed until 2021.

Scholz’s current initiative now includes several measures. In addition to the extended subsidy for company cars, he proposes that all those who purchase a delivery vehicle with an electric drive should be able to immediately write off 50 per cent of the acquisition costs from next year.

Scholz also plans to make things easier for companies that use electric vehicles on a leasing basis. Up to now, 20 per cent of leasing fees have been allocated to a company’s income, in future it will only be 10 per cent. The tax burden is correspondingly lower. On the other hand, Scholz also increasingly promote the use of company bicycles. If owners or employees use a company bicycle, they should no longer have to pay tax on the pecuniary benefit from these from 2021 till at least 2030.

According to the Spiegel, Scholz is certainly interfering with the responsibilities of government colleagues with these tax proposals, above all in Peter Altmaier’s economic department. According to the report, the Finance Minister wants to present details before the Climate Cabinet, which will meet for the first time on Wednesday. It is obvious that the government is currently working in parallel from several sides on an electric car subsidy. Recently, the advisory body ‘National Platform for Future of Mobility’ (NPM) urged the German government to take drastic measures to increase climate protection in the transport sector.