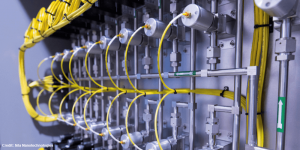 The investment gives Daimler a seat on the board of directors of Sila Nanotechnologies. The transaction is part of the startup’s latest financing round, which was led by Daimler.

Sila Nano is an ambitious developer of new battery materials. Gene Berdichevsky, co-founder and CEO, says that his company’s approach “brings an improvement of up to 20 per cent and has even more potential compared to conventional Li-ions”. Daimler says that progress in traditional lithium-ion battery chemistry has gradually stagnated. Sila Nano, however, has advanced the development of the next generation of battery chemistry and developed a safe, robust and mass-produced product using silicon.

“Lithium-ion technology is currently the most efficient battery technology available and still offers great potential for the future,” says Sajjad Khan, Daimler’s Executive Vice President for Connected, Autonomous, Shared & Electric Mobility. The progress that Sila Nano has made in terms of battery performance is promising.

Just over a year ago, BMW entered a partnership with Sila Nano. At the time, Berdichevsky said to expect the first products at the beginning of the next decade. And: “These innovations will set a new performance standard for electric vehicles”. The U.S. company was launched in 2011 by battery engineers from Silicon Valley and a professor of materials science at the Georgia Institute of Technology.