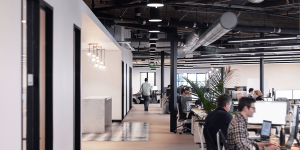 Evelozcity, the Californian eMobility startup recently renamed Canoo, wants to generate $200 million in fresh capital. Canoo is currently concluding final contracts with its suppliers and plans to start producing prototypes before the end of this year.

The TechCrunch report cites an anonymous insider close to the company saying that Canoo has been busy. It was only about a month ago that Canoo, then Evelozcity, that is led by former BMW managers (that had a stint over at Faraday Future) announced that it had expanded its management team.

More importantly, the company is also planning to expand its model range so that four instead of three electric vehicles will utilise Canoo’s modular skateboard platform. According to Canoo, the vehicles will be offered exclusively on a subscription basis.

A brief review: Under the leadership of the German car managers Ulrich Kranz, Stefan Krause and Karl-Thomas Neumann, the startup initially spoke of three electric vehicles. This has now become a quartet consisting of a lifestyle vehicle, a commuter vehicle, a delivery vehicle and a ride-hailing vehicle. All battery electric vehicles are based on the aforementioned platform, which should enable a range of up to 300 miles (approx. 480 km).

Canoo intends to outsource production to contract manufacturers in the USA and China. In mid-March, Magna Steyr was discussed as a possible partner but the cooperation has not been officially confirmed so far.

Canoo was founded in 2017. Canoo currently employs 400 people and intends to launch its first electric vehicle model in the U.S. from 2021 and later in China.

Ford invest $500M in Rivian, wants to use EV platform