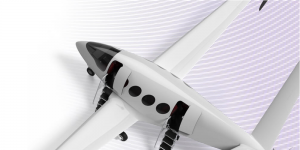 The Israeli startup Eviation Aircraft will work with MagniX as engine supplier for its nine-seater electric aircraft Alice, which was presented as a prototype for the first time in 2017. MagniX will contribute its 280 kW propulsion system called Magni250.

Eviation’s new team member, propulsion systems supplier MagniX motors, have completed more than 1,500 hours in test facilities with a propulsion system that can be used for newly designed all-electric aircraft as well as for the conversion of existing aircraft.

Only a few weeks ago, the startup found another partner, this time for the batteries reportedly. The company said they chose Kokam of South Korea as they believe the small supplier will be better prepared to produce batteries suited to Eviations unique needs.

With its partners, Eviation aims to transform ‘middle mile’ transit – passenger transportation up to 1,000 miles – in what they consider to be electric aviation’s sweet spot. After test flights this year and certification until the end of 2021, Eviation Aircraft plans to deliver the first electric plane to commercial customers as of 2022.

Eviation’s model Alice is designed for six to nine passengers and two crew members and, in the study presented in Paris, had a 980 kWh lithium-ion battery and an electric motor with 280 kW power. Eviation Aircraft state the range with up to 650 nautical miles (1,200 kilometres) and a top speed of 240 knots (approx. 440 km/h).

According to Eviation Aircraft, the MagniX propulsion system will be one of two propulsion options that customers can choose. “We have been successfully testing the MagniX system with our Alice aircraft propeller for quite some time now with great results,” says Eviation CEO Omer Bar-Yohay about the partnership.

Meanwhile, MagniX has recently landed another lucrative order: North America’s largest seaplane carrier, Harbour Air, selected the company as its supplier to successively electrify all of its 42 seaplanes (we reported). The 560 kW Magni500 electric motor will be used.