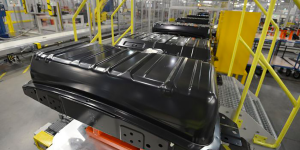 The government of the United Kingdom is planning to support the UK Battery Industrialisation Centre being built in Coventry with a further £28 million in funding. The planned battery facility is planned to provide testing facilities for new battery technologies and training for experts.

With the fresh investment, the price tag for the UK Battery Industrialisation Centre has grown to £80 million, and is due to open in Whitley, Coventry, next year. The organizers hope it will further serve as a precursor for a potential Gigafactory scale battery production facility in the UK.

The facility had first been approved in 2017 as part of the UK goverment’s Faraday Battery Challenge, and brought the partners Coventry City Council, Coventry and Warwickshire Local Enterprise Partnership, and the University of Warwick to the table. The additional funding is planned to expand their battery research capacities, as well as helping “make the UK a world leader in zero emission vehicles”, according to Business Minister Andrew Stephenson. His plans include: “Putting the UK at the forefront of the design and manufacturing of zero emission vehicles is at the heart of our plans – creating jobs, growth and opportunity across the country.”

The strategy also has a deadline: The 2022 Commonwealth Games, which are to be held in Birmingham, are expected to host “the first fully operational connected autonomous vehicles”.  The centre is expected to create 100 new jobs upon it’s opening, with the potential to “unlock 10,000 new jobs once it is running at full capacity.”