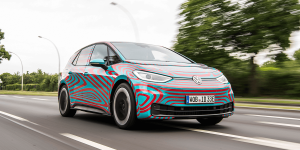 There is no doubt that ID.3 and its successful production are extremely important for Volkswagen. The Group – and first and foremost VW boss Herbert Diess – has committed itself to electromobility. The Wolfsburg company cannot afford a slip-up. This is probably one of the reasons why VW is already ramping up pre-series production of the flagship electric car destined for a mass-market, even though the first vehicles will not be delivered until mid-2020.

For Thomas Schmall, Chairman of the Board of Management of Volkswagen Group Components, the pressure is high. “For us, sharing responsibility for the successful launch of ID.3 is both an obligation and an incentive,” says Schmall. “We are systematically converting our plants for the new electric vehicle products. We are specializing individual locations and at the same time exploiting the synergies of integrated production within the Group component.”

On the heels of the announcement regarding the pre-series production, details on how VW divides up the Group’s internal parts production for ID.3. The facility in Kassel manufactures the electric drives for all MEB vehicles for Europe and North America. Production of the pre-series drives has already started successfully, and in future, up to 500,000 units per year will leave the plant. Kassel is cooperating closely with the Chinese plant in Tianjin, where the electric drive for the Chinese market is produced in parallel. According to VW, the two plants will jointly produce up to 1.4 million electric drives per year from 2023. 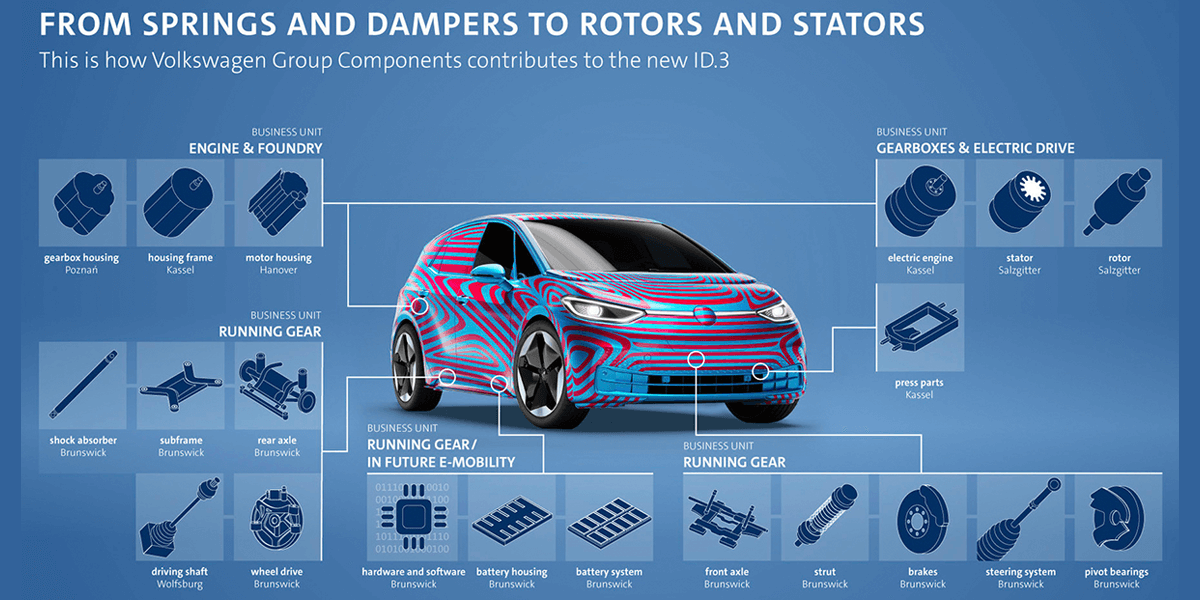 The workers in Kassel use components from other VW plants. Rotor and stator, both important motor components, are manufactured in Salzgitter at a rate of up to 2,000 units a day. The drive housing is cast in Hanover, the transmission housing in the Polish town of Poznań. In Kassel, these parts are assembled into the finished drive with a locally produced intermediate housing. In addition to the electric drive, load-bearing structural and body parts for the ID.3 are also manufactured in Kassel such as parts of the ultra strong frame for the battery box, damper mounts, cross beams and the tunnel.

VW manufactures the battery and most of the chassis components in Braunschweig. There, the cells are assembled to form a battery system, and with a few supplier parts, the hardware and software required for operation installed in the battery housing. The ID.3 of the pilot series will, however, still be fitted with batteries from a smaller production facility: the hall measuring nine football pitches in which series production is to take place will not be opened until the fourth quarter of 2019.

Most of the components for the chassis and the mechanical part of the drive also come from Braunschweig: front and rear axles, brakes, suspension struts, the steering system, subframe, axle dampers and more. Only the driveshafts are supplied from nearby Wolfsburg.