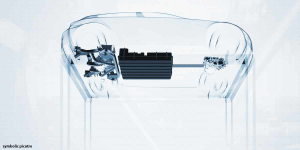 The Chinese real estate group Evergrande is underpinning its extremely ambitious electric car plans by setting up a joint venture with the German drive specialist Hofer Powertrain to develop and produce electric drives.

The joint venture, called Evergrande Hofer Powertrain GmbH, will be based in Stuttgart, Germany. 67 per cent of the JV will be owned by Evergrande who has not disclosed the cost of their investment.

Evergrande is a real estate group from Hong Kong that has established a considerable health management division in the form of Evergrande Health. Only last year Evergrande Group began investing heavily in electric mobility and already have an impressive string of cooperations and acquisitions along the electric vehicle production train to their name. To realise their ambitious plans, the Chinese company are either buying the necessary know-how and supply chains in the form of acquisitions – or are entering into cooperations like this one with Hofer.

With the new joint venture, Evergrande intends to “develop globally leading integrated core technologies for the powertrain and establish a research and development base in China”. The new head of the company is to be German Johann Hofer.

Johann Hofer founded Hofer Powertrain in 1980, which is headquartered in Nuremberg. The company describes itself as a “system supplier for efficient drive solutions” in the areas of electrification, hybridisation and combustion – with an eagle-eye on the electric car market, it is clear in which part Evergrande is interested. Customers include Mercedes-Benz, BMW, Volkswagen and Lamborghini.

Hofer is not directly one of Evergrande’s takeovers, but the list of new partners is impressive: In January, Evergrande Health became the new main owner of NEVS and also acquired 20 per cent of the shares of the Swedish sports car manufacturer Koenigsegg. “Evergrande aims to become the largest and strongest electric vehicle group in the world within three to five years,” company boss Hui Ka Yan was quoted in March.

At the beginning of June NEVS also acquired Protean Electric, a British specialist for wheel hub motors. These will be used in the future electric cars of NEVS and Evergrande. In addition, the Group has taken over the Chinese-Japanese joint venture Shanghai Cenat New Energy Co to develop battery cells.

The company plans to set up a production facility for no less than one million electric cars per year and two further plants for the production of batteries with a total capacity of 50 GWh per year. Evergrande is investing around 23 billion dollars in the three plants.

Evergrande Health was already known to many as an investor in Faraday Future. In the first half of 2018, the deal, which was jointly negotiated and worth two billion dollars, was regarded as a lifeline for the startup, which was struggling with financial turbulence. In October, it was surprisingly announced that the electric car manufacturer wanted to withdraw from the agreement with Evergrande Health. This was followed by mutual recriminations for not keeping to the deal. In the meantime, however, calm has returned. Evergrande holds 32 per cent of the shares in Faraday Future. Now Evergrande wants to start producing its own electric cars.

The company is said to maintain good contacts with Chinese politicians. Chinese media speculate that Evergrande, together with other Chinese electric car manufacturers, could profit from the trade war with strong domestic production. US brands such as Tesla, GM and Ford may find it increasingly difficult because they are “susceptible to retaliation by the Chinese people”.