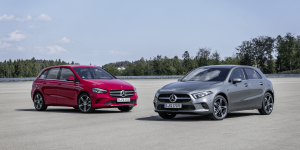 Mercedes-Benz is now also bringing its third-generation plug-in hybrid drives into the A and B Classes. The A 250 e and A 250 e Saloon can now be ordered, and sales of the B 250 e will start in a few weeks.

The new PHEV models will be launched this year. At 15.6 kWh, the high-voltage accumulator in the plug-ins is larger than in most comparable vehicles. This should allow between 56 and 69 WLTP kilometres of purely electric driving. In contrast to the electric range, Daimler only states the consumption values in accordance with the NEDC standard: The combined fuel consumption is between 1.4 and 1.6 litres, the combined power consumption between 14.7 and 15.4 kWh per 100 kilometres. The 75 kW electric motor enables a maximum speed of 140 kph when driving electrically.

The combustion engine is a 1.33-litre four-cylinder petrol engine with an output of 118 kW. The system output with the electric motor adds up to 160 kW, the maximum system torque is 450 Newton metres. The permanently excited synchronous motor is housed in a specially developed hybrid drive head for the eight-speed dual-clutch gearbox. Although the three models are cars with transverse engines, the hybrid drive follows the same technical principles as the corresponding component of the vehicles with longitudinal engines. The electric motor also replaces the classic starter motor. 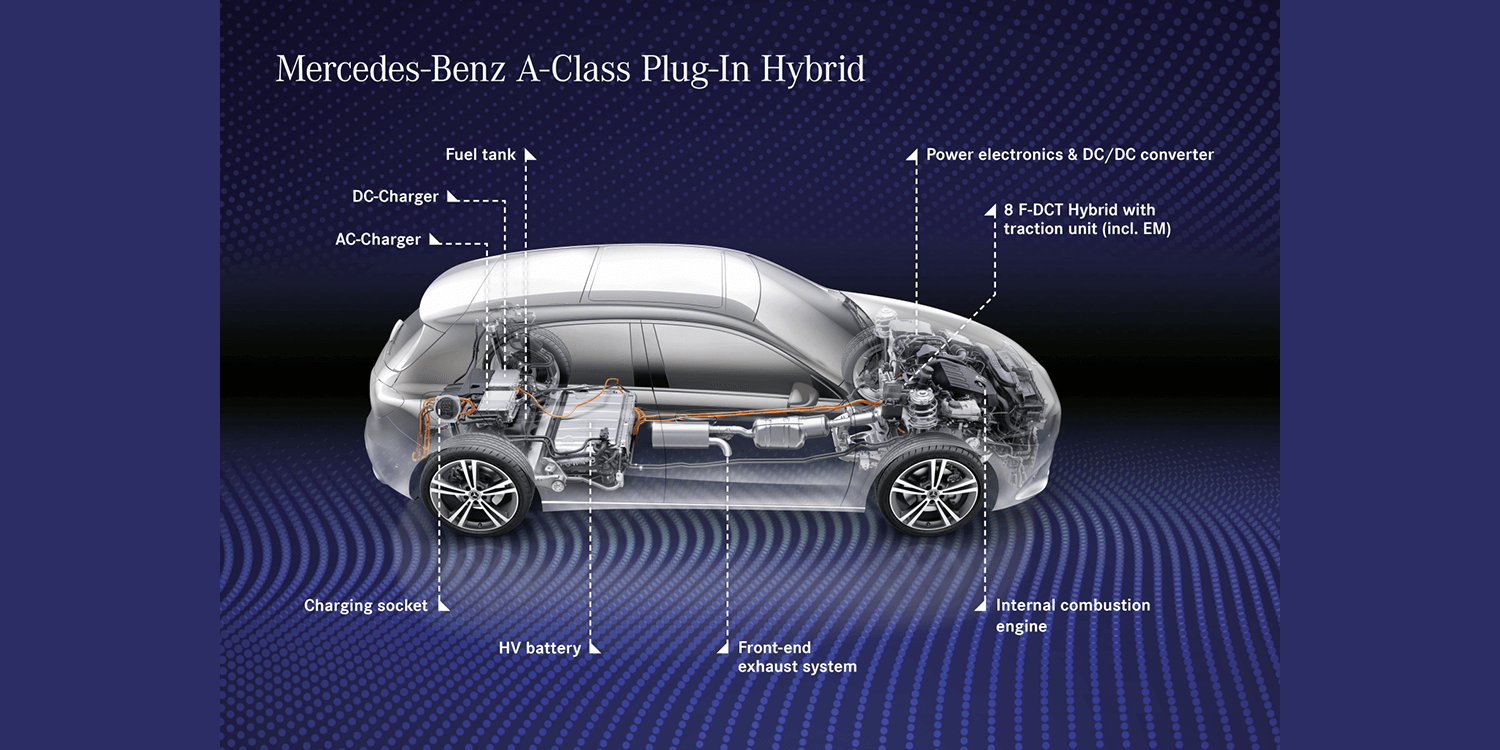 The well-known driving modes “Comfort”, “ECO” and “Sport” are supplemented in the PHEV by “Electric” and “Battery Level”. The latter maintains the charge level of the battery and largely uses the combustion engine. “Electric” is the opposite: the combustion engine is only switched on when the driver kicks down with the accelerator pedal. In the “Electric” program, the amount of recuperation can also be selected via paddles behind the steering wheel. As in EQC, five recuperation modes are possible: D Auto, D+, D, D- and D-).

The vehicles are equipped with the MBUX infotainment system ex-works. During navigation, the operating strategy takes into account the entire planned route and provides the electric driving mode for the most sensible sections of the route.

By the end of 2019, Mercedes-Benz wants to have more than ten plug-in hybrids in the range.