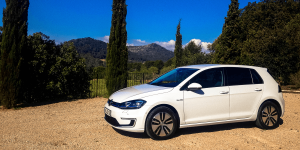 Exactly 4,713 electric cars were newly registered in Norway in August. This is an increase of 13.4 per cent in comparison to the same month last year. Besides, there were 2,761 new cars with hybrid drive. These included 1,206 plug-in hybrids.

A total of 43,397 new fully-electric cars have found their way onto the roads since the beginning of the year in Norway: the country with the highest per capita uptake of electric mobility. By comparison, Germany, with roughly 15 times the population of Norway, recorded 42,023 new registrations for purely electric cars in the same period.

Concerning new registrations of electric passenger cars, Norway again recorded growth in August in comparison to July this year. In August 2019, fully-electric vehicles accounted for 39 per cent of the Norwegian market. Compared to the same month last year, the electrical segment grew by 13.4 per cent. Also, there were 2,761 new cars with a hybrid drive (24 per cent less than in July 2018), which corresponds to a market share of 22.9 per cent. Hybrid registrations also included 1,206 plug-in hybrids (-38.2 per cent). If the two worlds are added together, 61.9 per cent of all newly registered passenger cars in Norway in August were equipped with an electric or hybrid drive. No other country can boast such figures.

were newly registered in March, representing a market share of 55.9 per cent of all Norwegian new registrations for the month.